How to Relate to the Law of the Land 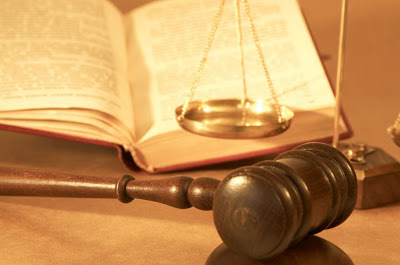 How to Relate to the Law of the Land

When Hashem sent the Romans to banish the Jewish people into exile outside the Holy Land, they became the guests of foreign nations. These nations have legal systems that are different from halacha, Torah law, and so residing in these countries means submitting to their laws, just as a guest must follow the house rules.

Torah itself recognizes civil law and even requires that a Jew abide by it when living in that country, as the Talmud rules: “The law of the land is [Torah] law.”[1] This[2] elevates secular law to a higher standard than it accords for itself, for according to this principle, secular law has divine authority, for by adhering to it, one adheres to a law in the Shulchan Aruch, the Code of Jewish Law. (This is comparable to the Torah’s words concerning a doctor’s instructions: Since the Torah prescribes that in circumstances of poor health one should consult with a doctor and obey his advice, it follows that by fulfilling the doctor’s instructions, one fulfills Torah law.[3])

However, this does not mean that the Jew submits absolutely to the civil law. On the contrary, the Jew’s Master and King is Hashem alone, and at Mount Sinai the Jew took a solemn oath to follow Hashem’s law—halacha.[4] Halacha is the only law that the Jew follows, it permeates every moment and aspect of his life, and he does not submit to any mortal king or ruler.

Yes, a Jew must follow the law of the land, but not in a way that is somehow detached from his absolute subservience to Hashem. His gentile hosts have no inherent power to dictate his behavior. Rather, he follows the law of the land because Torah itself requires that he follow it, as long as it does not contradict Torah, as part of Hashem’s decree that the Jew be in exile.

On a basic and external level, the reason that Torah requires adherence to the law of the land is that this brings tranquility and peace in society. This is particularly relevant to Jews during their stay in gentile lands, because when gentiles are at peace, their Jewish guests can also live in peace, as the verse puts it, “Through its [the gentile city’s] peace, you [the Jewish people] will have peace.”[5]

Similarly, Torah requires gentiles themselves to follow the law of the land, in the context of their duty to observe the Noahide commandment of dinim, establishing a justice system.[6]

Dedicated in honor of my own birthday, Yehoishophot Yisrael Yehuda Leib ben Chana Feigeh, on 10 Iyar.

___________________________________
Like what you read? The articles I write take a lot of time and effort. Please contact me to sponsor an article for (at least) $36 in honor of the birthday, wedding anniversary, or yarhtzeit of a loved one, or for a refuah shleimah or the like. Also, see here concerning the tremendous merit of supporting the dissemination of Chassidus, and the blessings that one receives for doing so.
Posted by Yehoishophot Oliver at 10:24 PM

Email ThisBlogThis!Share to TwitterShare to FacebookShare to Pinterest
labels: law of the land, nature vs. supernatural, relating to non-Jews, the Rebbe's teachings