Going Beyond the Letter of the Law of the Land 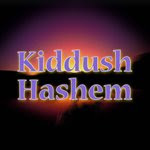 Going Beyond the
Law of the Land

Our holy Torah instructs a Jew to be scrupulously honest in his or her business dealings, carefully avoiding the Torah prohibitions of stealing and of violating the law of the land. Moreover, since the Torah’s ways are “ways of pleasantness, and all its paths are peace,”[1] it follows that such conduct will affect one’s environment pleasantly and peacefully.

Moreover, a Jew must set a living example for Jews and non-Jews of proper moral conduct. The Talmud[2] explains:


“You shall love the L–rd your G–d”[3]: The name of Heaven should become beloved through you. One should read Scripture, learn Mishnah, and serve Torah scholars, and his dealings with people should be conducted pleasantly. What do people then say of him? “Fortunate is his father who taught him Torah. Fortunate is his teacher who taught him Torah. Woe unto people who do not learn Torah. This person who learned Torah, see how pleasant are his ways, how refined are his deeds.” Of him Scripture says:[4] “He [G–d] said to me, ‘You are My servant, Israel, through whom I am glorified.’”

Thus, when one deals honestly in business, he sanctifies Hashem’s name in the eyes of all.

Moreover, the Talmud tells of Rabbi Shimon ben Shatach,[5] who, upon finding a jewel hanging from a donkey he had bought from a gentile, returned the jewel to the gentile. His exceptional behavior created an unparalleled sanctification of Hashem’s name.

This teaches us that a Jew should not suffice with adhering scrupulously to the law of the land. Rather, as a Jew, it is proper for him to follow a higher standard than the minimum. He should treat others according to a standard beyond the letter of the civil law, and thereby sanctify Hashem’s name.

This incident occurred during the era of the Sanhedrin, when the Holy Temple stood. Rabbi Shimon ben Shatach had already returned from his exile in Egypt, and was himself a member of the Sanhedrin. Nevertheless, he saw fit to emphasize that one should even sanctify Hashem’s name in the eyes of a member of the nation of Yishma’el. This story also holds a lesson for us, for it is a part of the Torah, which is etymologically related to the word hora’ah, “lesson.”[6]

Moreover, stories have an advantage over other parts of Torah, for it is known that practical Halacha is not derived from the Mishneh and later halachic authorities, but only from an actual halachic ruling.[7] Thus, the very fact that this event occurred means that it serves as a very clear lesson.

In fact, one of the questions that the soul is asked after one’s passing is, “Did you deal faithfully in business?”[8] This implies that even conduct that appears appropriate and just is insufficient; the Torah urges the Jew to act “faithfully” by going above and beyond the law of the land. The importance of such conduct is highlighted by the fact that even after one is no longer able to make amends—after one passes away—one is still asked this question.

Dedicated on the occasion of the birthdays of Rebbetzin Elka Malka Feldman (13 Iyar) and Shamai Elimelech Cylich (12 Iyar) by their loving parents Pinchos Boruch and Feyge Matl Cylich. May they be blessed with a sh'nas brachah ve'hatzlachah be'gashmiyus u'veruchniyus!

~~~~~~~~~~~~~~~~~~~~
Like what you read? The articles I write take a lot of time and effort. Please contact me to sponsor an article for (at least) $36 in honor of the birthday, wedding anniversary, or yarhtzeit of a loved one, or for a refuah shleimah or the like. Also, see here concerning the tremendous merit of supporting the dissemination of Chassidus, and the blessings that one receives for doing so.

Posted by Yehoishophot Oliver at 4:35 PM

Email ThisBlogThis!Share to TwitterShare to FacebookShare to Pinterest
labels: kiddush Hashem, law of the land, the Rebbe's teachings