How to Relate to Our Gentile Hosts 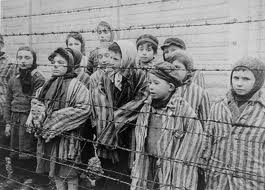 How to Relate to Our Gentile Hosts

At times, when I express criticism of the institution of secular western democracy, I hear the response, “If you don’t like it, then leave!”

With all due respect, such words can only come from a person who is stuck so deep in the mindset of golus (exile) that although he recognizes that he is a Jew, and even considers himself an Orthodox Jew, his words indicate that he identifies himself primarily as a citizen of his country. So to him, I’m being rude by questioning the perfection of the political institution upon which his country is founded. Since I’m disrespecting his country, he feels entitled to speak on behalf of that nation, and tell me that I should only stay if I agree to respect the rules.

But the Torah teaches that the Jewish people fundamentally don’t belong in golus. Despite our citizenship, we have been merely guests in various host countries. Just as in the past we didn’t belong in Egypt, Babylonia, Greece, Rome, Spain, Poland, Hungary, Germany, Iraq, Iran, and Morocco, so do we not belong today in USA, South Africa, Australia, and Canada. And we don’t even belong in the secular state of Israel (note that Eilat, which is not part of Eretz Yisrael, is part of the state, but much of South Lebanon, which is not part of the state, is part of Eretz Yisrael according to its true Torah borders). The Jewish people belongs in only one place, and in only one state of being: In Eretz Yisroel in its true borders, with Moshiach Tzidkeinu.

Now, is it technically true that in western countries today, we enjoy much more freedom than that experienced in many other exiles? Yes, but that is not necessarily a good thing. The Alter Rebbe famously preferred persecution under the Czar to religious freedom under Napoleon, to the extent that he instructed his very own chassidim to put their lives on the line by joining the Czar’s army in the Franco-Russian war.

Yes, in western society we are free to practice Torah and Mitzvos without persecution. But this freedom also makes us free to assimilate, may G–d save us, and spiritual death is worse than physical death (see here). Do we wish suffering upon ourselves—no (see here). But we dare not allow our awareness of the advantages of our current exile to blind us to its drawbacks, and to the difficult tests that we face (if anything, the challenges of our current exile are even more difficult than those of all previous times—see here), for then we will surely succumb to these tests, G-d forbid.

In other words, our hosts are not fine people who are kind to us and therefore deserve praise, nor are they nasty people who torment us and therefore deserve condemnation. They are simply the agents of Hashem to carry out the decree of exile in accordance with His detailed plan of where the Jewish people need to be in order to accomplish what they need to accomplish.

Of course, viewing our hosts as merely channels for divine blessings does not mean we should take them for granted. The Jew should respect his gentile hosts just as any guest should respect his host. When they help us, whether materially or spiritually, we should thank them appropriately, in accordance with the basic Torah principle that teaches us to acknowledge favours and not be ungrateful.

We should be particular to follow the civil law of the land, for “The law of the land is the [Torah] law”).[1] Moreover, we should avoid inappropriate behavior that would make a chillul Hashem (desecration of Hashem’s Name) and arouse our hosts’ eivah (hostility). On the contrary, we should pursue darkei sholom, ways of peace, and even pray for our hosts, as the Torah exhorts us, “Seek the peace of the [gentile inhabitants of the] city ... and pray for it, for through its peace, you will have peace.”[2] We should also do our part to influence them to follow the Sheva Mitzvos Bnei Noach, the Noahide laws.

But living peacefully, and respecting and expressing genuine gratitude to our hosts, does not mean identifying with them. Thanking them as appropriate for their assistance does not mean forgetting that they are merely conduits for Hashem’s blessings, as the Talmudic adage says, “Although the wine belongs to its owner, one gives gratitude to the butler”[3]: The main gratitude must be felt to the true Source of the blessing. One should turn to Hashem in thanks for sending these nations to facilitate this freedom and prosperity.

Likewise, when suffering befalls us from the nations, G-d forbid, we must know that the reason it occurred was not because some craven anti-Semite decided to hurt Jews (may Hashem save us), but because there was a divine decree, as part of the broader decree of the exile, for this suffering to occur. No one can inflict harm upon another unless Hashem so decrees it,[4] and its purpose is that we accept it as a divine punishment and turn to Hashem in sincere Teshuvah (see here), while at the same time doing our part in the natural order to protect Jews from harm as much as possible, whether through guards, the police, the army, and the like.

So our response to persecution should not be “Islam is bad because of suicide bombers, etc.” or even “democracy is good because our rights are protected, we have freedom of religion, etc.” Our response should be: Everything that occurs during the exile comes from Hashem alone, and is a necessary part of the cleansing process of the exile. Now, how does Hashem want me to view this particular event in terms of its implications for how I should grow and change as a Jew, and bring Moshiach now?

Fighting to recognize this is itself one of the tests we face in our current exile, and if you’re finding it difficult, don’t be surprised: Every test is difficult, because by definition, tests are supposed to be difficult. And the tests at the end of exile, right before Moshiach, are the most difficult of all.

And in every exile, we are called to stay true to Torah and Mitzvos despite the myriad tests that we face. The purpose of all the difficulties, suffering, and tests of exile is to cleanse us and bring us to do Teshuvah (see here). When we do Teshuvah sincerely, the exile in all its various locations and manifestations will come to an end. May Hashem be satisfied with our efforts, and send Moshiach now!

Dedicated in honor of the birthday of my dear sister, Hinda Zelda Bracha bas Chana Feiga (Bracha Tsap) on 2 Adar by my parents, ovi mori, Reb Kasriel Oliver and family.

___________________________________
Like what you read? The articles I write take a lot of time and effort. Please contact me to sponsor an article for (at least) $36 in honor of the birthday, wedding anniversary, or yarhtzeit of a loved one, or for a refuah shleimah or the like. Also, see here concerning the tremendous merit of supporting the dissemination of Chassidus, and the blessings that one receives for doing so.
Posted by Yehoishophot Oliver at 10:21 PM

Email ThisBlogThis!Share to TwitterShare to FacebookShare to Pinterest
labels: relating to non-Jews, suffering of exile, tests of faith, wealth vs. poverty