On viewing sin and sinners 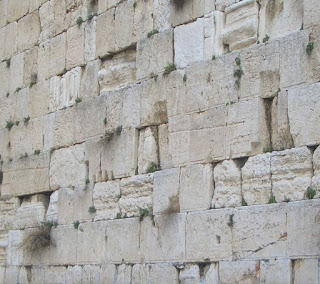 The Tanya[1] speaks of a “kal shebekalim,” a person who lives a sinful, corrupt lifestyle. When we view him, we might jump to judge and condemn him for his revolting behavior. But the Torah exhorts us: “Do not judge your fellow until you have stood in his place.”[2]

Although this person’s sins are not justifiable, G–d forbid, they are understandable in light of the excruciatingly difficult situation in which Hashem puts him: 1. His obligation to earn a living necessitates that he spend all his time in a corrupt environment in which he is exposed to all manner of debauchery and crime, and is constantly faced with very difficult challenges; 2. Hashem created him with an intense evil inclination.

These two elements—a negative environment, and a strong evil inclination—combine against him such that when he is faced with temptation, the passion to sin burns within him so feverishly that he can only overcome it through a herculean effort. Is it any wonder, then, that he fails?

Yes, he has free choice. By reminding himself that Hashem is watching his every deed, he can arouse himself to fear Hashem and restrain himself from stumbling in sin. Since he could have used this method to resist temptation, his failure to do so is inexcusable. “It was very hard” is just not good enough.

However, this is a thought that the sinner should swell upon in order to recognize his responsibility and do sincere Teshuvah. The observer should also be aware of this, to the extent necessary to ensure that he doesn’t go so far in focusing on the greatness of the sinner’s struggle that he comes to think that restraint is so difficult that he foolishly excuses his own sin, and says from the outset, “I will sin and repent.”[3]

However, when viewing the sinner, the observer should not focus on the sinner’s responsibility, but on reflecting upon how grueling are the sinner’s circumstances.

Moreover, our sages say of the one who observes a sinner, “Be lowly of spirit before every man”[4]—even a terrible sinner. The main reason that he is sinning is that Hashem has chosen to throw him into unfavorable circumstances. Consider that if you were in his circumstances, you would most likely act the same—and perhaps you would be even worse.

Thus, no matter how low the level of the Jew who has sunken into sin, may G-d save us, one must speak with him in a soft, gentle manner.

This post was dedicated by Reb Yisroel Meir Raphael and family.

Like what you read? The articles I write take a lot of time and effort. Please contact me to sponsor an article for $36 in honor of the birthday, wedding anniversary, or yarhtzeit of a loved one, or for a refuah shleimah or the like. Also, see here concerning the tremendous merit of supporting the dissemination of Chassidus, and the blessings that one receives for doing so.
Posted by Yehoishophot Oliver at 9:47 PM

Email ThisBlogThis!Share to TwitterShare to FacebookShare to Pinterest
labels: concepts in Tanya, love for a fellow Jew, Teshuvah, the Alter Rebbe's teachings