The Vital Connection Between Jewish Souls and Torah 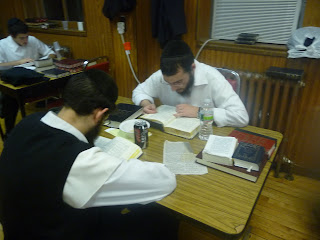 The Vital Connection Between Jewish Souls and Torah

(This article is a continuation of this earlier article.)

Now, the Jewish soul stems from Torah.[1] And so just as there are 600,000 root Jewish souls, so are there 600,000 explanations for every verse in the Written Torah. Likewise, so is it for each of the four sections of Torah, called “pardes” (lit. “orchard”)—peshat (the plain meaning, which was just mentioned); remez (the allegorical meaning); derush (the homiletical meaning); and sod (the mystical meaning). Each topic in each of these four sections contains 600,000 explanations. Each Jew has Torah teachings on each of these four levels that altogether create his individual soul.


This also parallels the soul’s root in the four higher spiritual worlds: Atzilus, Beriyah, Yetzirah, and Asiyah. The soul descends from above Atzilus into Atzilus, then down into Beriyah, and so on, until it comes vested in the body of a Jew.


The soul’s descent in each of these successively lower spiritual realms on its journey to reach the physical body involve each of the four sections of Torah, each connected with a particular world, respectively:[2] peshat—Asiyah; remez—Yetzirah; derush—Beriyah;[3] sod—Atzilus.


It is because the Jew’s soul stems from Torah that he is obligated to study Torah. The Jew’s root in Torah also dictates the degree to which he will understand Torah when he strives to, and the topics at which he will have greater success at studying.[4]


This is the concept of each Jew’s “portion in Torah,” which we pray to Hashem to give us.[5] We ask Hashem to bring us to find and study the explanations in Torah that are in fact the root of each of our individual Neshamos. And even if we don’t merit this now, we are promised that when Moshiach comes, and in Gan Eden, every single Jew will come to study the explanations that create his Neshamah.


Likewise, we find that every Jew has the ability to innovate specific novelties in Torah that other Jews may not be able to innovate. The reason for this is that the particular novelties that each person innovates correspond to that person’s individual “portion in Torah.”


Likewise, every night, while the person is asleep, the Neshamah rises[6] to the Heavenly House of Study, and if one so merits, it is taught the explanation that lies at the root of his Neshamah. However, the extent to which this will be revealed to him will depend on his actions that day; certain worthy actions will merit a revelation of one dimension of the Torah-root of his Neshamah, while other worthy actions will merit a revelation of a different and perhaps higher dimension, and so on—“measure for measure.”[7] This experience refines the Neshamah and raises it to ever-higher levels, at which higher and higher levels of understanding are revealed to it. The Neshamah may undergo this experience despite one having no recollection of it upon awakening.


This post was dedicated by Reb Pinchas Cylich and family in honor of the yahrtzeit of  R' Yeshaya Yaakov Ben Boruch Yosef  on 28 Marcheshvan, and (lehavdil bein chayim lachayim) the birthday of Binyomin Hirsch ben Feyge Matl, also on 28 Marcheshvan. May he have a shnas hatzlocho begashmiyus u'veruchniyus!


Like what you read? The articles I write take a lot of time and effort. Please contact me to sponsor an article for $36 in honor of the birthday, wedding anniversary, or yarhtzeit of a loved one, or for a refuah shleimah or the like. Also, see here concerning the tremendous merit of supporting the dissemination of Chassidus, and the blessings that one receives for doing so.
Posted by Yehoishophot Oliver at 4:11 PM

Email ThisBlogThis!Share to TwitterShare to FacebookShare to Pinterest
labels: dreams, levels of the soul, subdivision of souls, the Arizal's teachings