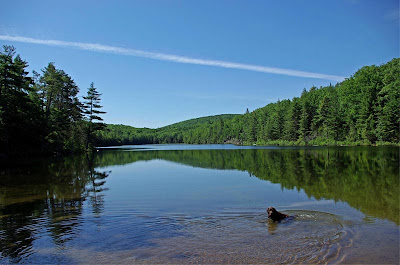 When the Previous Rebbe first came to Crown Heights in 1940, due to his physical frailty he would not walk to the nearby Botanical Gardens to perform the ritual of Tashlich; instead, he would go on one of the days before Yom Kippur, usually 8 Tishrei (a day especially associated with divine compassion). Each chossid would go to Tashlich separately on the day of Rosh Hashanah when it was convenient for them, or whenever they would go on the following days.


However, when the Rebbe came to Crown Heights the following year, he instructed that everyone walk together in a parade in double file, and sing niggunim (songs) the entire way there and back. It appears that Rebbe’s reason for this was that in those times there were Jews living in the entire area, including many non-religious ones, and this would inspire them. One of the songs that the Rebbe instructed they sing was “volt ich gehat der koiach,” which speaks about keeping Shabbos.


One of Reb Zalman Posner’s relatives told me the following story. In the forties, public displays of Yiddishkeit were unheard-of, and regarded as highly odd. So when the Rebbe first called for the chassidim to sing on the way to Tashlich, Reb Zalman Posner, then a young boy, felt very self-conscious and embarrassed walking with the parade of chassidim to Tashlich. So he was happy when the mashpia, Reb Shmuel Levitin, who was then an elderly chossid, asked Reb Zalman to accompany him on the way to Tashlich, because this meant that he would be lagging behind, and not have to walk with the parade.


On their way back, they walked past an area in which many not-yet-religious Jews lived, and a group of them were standing outside in their Yom Tov finery, but not wearing yarmulkehs. A man approached them and inquired about the reason for the singing. Reb Zalman hesitantly responded that they were singing in honor of the holiday. “Really?” the man said. “You should know that when I heard them singing, it ignited a flame within me.” Reb Zalman realized that Hashem was conveying to him the Rebbe’s wisdom in initiating public displays of Jewish pride.
Posted by Yehoishophot Oliver at 8:32 PM