The Moshiach paradox: Preparing and praying 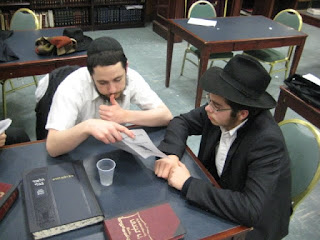 The Moshiach Paradox:
Preparing and Praying

When Reb Itche Der Masmid would speak of the imminent arrival of Moshiach, he would say, “If only I had another fifteen years to prepare!” In other words, although he was confident that Moshiach would come immediately, since he felt that he wasn’t truly ready, he wished that he could have more time to prepare.

Chassidus Chabad teaches that everything a Jew does should be done in a way of pnimiyus, through full preparation, and so every chossid yearns that everything he does be done in a way of pnimiyus, and if it is not, he feels pained. So when he thinks of the coming of Moshiach, a part of him may thus legitimately desire that Moshiach’s coming be delayed so that he can prepare himself further.


However, at the same time, the one’s faculty of emunah will bring him to feel that Moshiach’s arrival is imminent. One feels this all the more now that the Rebbe has declared that “The time of your redemption has arrived!” and that “Ot, ot, kumt Moshiach! (Moshiach is coming very soon)!” Moreover, one davvens sincerely for Moshiach to come immediately because he senses the pain of the Shechinah and the Jewish people in exile. He yearns for the end of the concealment of G–dliness that exile brings, and for Hashem to be revealed in all His glory. He also yearns to be able to serve Hashem in the fullest manner possible—“According to the Mitzvah of Your will” (Mussaf liturgy)—for only when Moshiach comes will we be able to perform all the Mitzvos in the proper manner, and he yearns for the Jewish people as a whole to be able to serve Hashem in this way.


These considerations override the personal wish that the exile be lengthened so that one can prepare more fully for Moshiach’s arrival. One willingly forgoes personal perfection for the sake of these infinitely greater concerns, and cries out “ad mosai?!”—how long?! Enough of this exile; Hashem, have mercy on us, and send Moshiach now!


When these two conflicting feelings are combined, one feels the intense desire to utilize every single remaining moment of the exile to prepare as much as possible for the coming of Moshiach, while simultaneously pleading that Moshiach come immediately, even if that means that Moshiach will arrive long before one has finished his personal preparation.
Posted by Yehoishophot Oliver at 4:31 PM