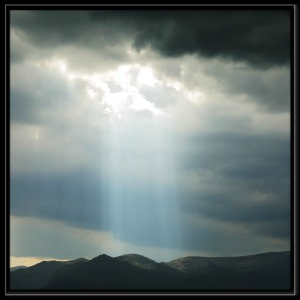 Hashem’s ultimate purpose in creating the world was to fashion a “dwelling place [for Himself] in the lowly realms,”[1] and Chassidus explains[2] that the expression “lowly realms” refers primarily to this physical world, which is the lowest of all realms.


However, as long as the person values the physical for its own sake, he cannot truly bring this goal to fruition in his personal life. For although the world is inherently lowly (as will be explained below), if, at least from the person’s subjective viewpoint as experienced in his mind and heart, the physical is seen to possess qualities that make it of value, to that extent it is not truly lowly.


Thus, only by uprooting from one’s heart any and all desire for the physical does the person make the part of the physical world with which he comes into contact truly lowly, and thus truly fit to be a “dwelling place” for Hashem. However, as long as we elicit G–dliness into physicality that we value, Hashem’s goal of creating a “dwelling place” for G–dliness has not been truly realized.

So one should strive to instill in one’s heart the awareness that all physical things are completely secondary, and worthless in and of themselves—which is indeed the true reality.


One can accomplish this by reflecting on the fact that the world was created from ayin, nothingness, and even now that it has been created, its entire existence depends upon the divine Word that constantly renews its existence. This concept is discussed at tremendous length in Chassidus; in fact, it can even be said that the entire corpus of the teachings of Chassidus Chabad is devoted to explaining this concept, and the divine service of Chassidus Chabad (through Avodas HaTefillah, etc.) is devoted to internalizing this feeling.


These feelings are inversely proportionate; thus, the more one brings oneself to understand and feel the absolute reality of Hashem, and the non-existence of the physical, the less value the physical world and its pleasures will come to have in one’s eyes.


Of course, this is a gradual process; however, the ultimate goal of all one’s efforts at intellectual and emotional self-refinement should be to come to lose any desire for the physical, and to even despise it, and instead to enjoy and desire G–dliness alone. (This does not mean that one should not be involved in the physical, of course, but that one should do so without desiring to do so, for one is permeated with the feeling that the physical is purely a means to an end with no inherent value.)


This is also related to the two complementary forms of divine service, ratzo and shov (see here and here for earlier articles on this concept). Ratzo is aroused primarily through Avodas HaTefillah, and it involves coming to feel the gross limitation and abject lowliness of the body and the physical world, and exciting oneself with a yearning to transcend it totally and become subsumed in pure G–dliness.


This then enables one to succeed at the shov, the inner recognition that should follow the ratzo. This involves recognizing that in order to fulfill Hashem’s will, one must lower oneself to reveal G–dliness within the world, thereby transforming it into a dwelling place for Hashem, even though this means withdrawing from the heady spiritual “high” of ratzo.

Email ThisBlogThis!Share to TwitterShare to FacebookShare to Pinterest
labels: physical vs. spiritual, ratzo and shov, the Rebbe Rashab's teachings, the Rebbe's teachings