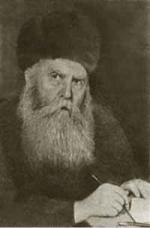 The core meaning of the terms ratzo and shov is as follows:

Ratzo refers to an intense yearning and longing, in which one on a lower level desires and yearns for something above him.

Shov, in contrast, refers to the calming and relaxing of this intense desire. This brings the person to return to what he was doing earlier, and with intensified devotion.

Imagine a student devoted to his teacher with every fiber of his being, to the point that his greatest desire is to be near his teacher. When he is near him, he absorbs every word of his teacher’s teachings and guidance, and these teachings develop within him like a seed sown in fertile soil, that produces fine fruit. Even as the teacher engages in apparently mundane talk and superficial gestures related to organizing simple areas of his life, the committed student will regard it as containing an important lesson that provides him with a fountain of guidance in all areas of his conduct.

Understandably, when such a student becomes separated from his teacher, he feels as if he is separating from his life. Nothing in the world can separate him from his teacher, for in his eyes everything is utterly worthless in comparison with this bond.

Let as imagine that the teacher decreed that this student part from him and spend time in a certain place, as dictated by his teacher. The teacher then assigns a certain task to him in this place, and prescribes a course of study for him, and how he should behave in all areas.

Although the student finds it difficult to part from his teacher, he obeys the decree with the same meticulousness and caution to which he is accustomed in his bond with his teacher. However, since his entire being is devoted to this teacher, even while he is in this other place, he craves and yearns for his teacher. On the contrary, because he is there his yearning for his teacher becomes very intense, to the point that his soul feels that it is about to expire. For he remembers the days of old when he stood before his teacher, and then what he heard, listened, and observed all comes back to him, and he becomes drawn into these thoughts. At that moment he is entirely trembling, and almost about to expire from this pleasant sensation, for his soul craves to return to the state of being in which he stood in the presence of his teacher.

However, while he is still alive, he suddenly recalls his teacher’s decree, who ordered him to be where he is now, and that his teacher’s true wish is that he be where he is. The student’s intense, powerful desire for his teacher, and his devotion and submission to the teacher’s wishes, bring him to a state of external calmness and inner passion.

The intense yearning of the student and his consistent, devoted work affect the teacher as well, and he turns his attention to the student with a beaming face, for “As water reflects a face [so does man’s heart reflects the man]” (Mishlei 27:19). The reason for this is that the teacher profoundly understands the student’s entire soul journey, his inner ordeal and all his emotions: his tremendous yearning for the teacher—ratzo; his external calmness—shov; and his unlimited inner passion to fulfill his teacher’s command. The teacher understands this because the inner core of the teacher’s being is that he every thing he understands, he grasps in the purity of its essence. This causes the teacher to turn his attention to his student with a beaming face, and to shine upon him a bright light even from afar, via hidden methods that are known only in the emotions of the heart, as the saying goes, “the heart feels.”

Now, if you will take this analogy to heart and apply your mind firmly in an effort to understand it, you will understand the meaning of the words ratzo and shov—how a true ratzo brings one to a shov, and the shov elicits an even more sublime revelation, such that one comes to perceive with yet more illumination, purity, and clarity. ...

This analogy is so poignant. To sum it up:


Ratzo means yearning to transcend the limitations of the external world and connect with infinite G–dliness, and when one realizes that the true method of connecting with Hashem is through performing Mitzvos within the world, it leads to shov. Shov performed after ratzo is totally different, for it is permeated with the intense love of Hashem and passionate desire to connect to Him that characterizes the ratzo. When one performs the shov in this way, he is in turn elevated to a spiritual level even higher than that reached while in a state of ratzo.

It should also be noted that this letter indicates that the meaning of the terms ratzo and shov are not as often conceived. It is widely thought that ratzo means connecting with the spiritual, while shov means connecting with the physical. This is simply incorrect. Ratzo refers to an intense yearning to rise to a higher level, while shov consists of quenching and therefore calming that yearning through actions that actually bond one with that higher level.

On another note: Although it is not written in so many words, there is no question in my mind that the Previous Rebbe is using the analogy of a chossid and a Rebbe. Although this description presents a much higher level relationship than is common nowadays between a Rebbe and a chossid, it is a powerful expression of what we should strive for as chassidim in our deep personal bond with the Rebbe and in our devotion to implementing his directives.

And how relevant this analogy is for us in our current circumstances, living as we do in a time in which we cannot physically see our Rebbe. The lesson is clear: For the meantime it has been decreed that on the surface, we as chassidim should be “distant” from the Rebbe. However, during this time of separation we need to make a point of regularly reminding ourselves of the Rebbe, and becoming inspired with a yearning to stand again in his holy presence and directly hear Chassidus from him again. Yet at the same time we should remember that the Rebbe has charged us with a vital mission, and by carrying out this mission with devotion we transcend the external, physical separation between us, and maintain a very deep, mutual bond with the Rebbe.
Posted by Yehoishophot Oliver at 11:05 PM

Email ThisBlogThis!Share to TwitterShare to FacebookShare to Pinterest
labels: bonding with the Rebbe, post-Gimmel Tammuz, ratzo and shov, the Previous Rebbe's teachings, yearning