The Rebbe: Sincerity and passion in teaching 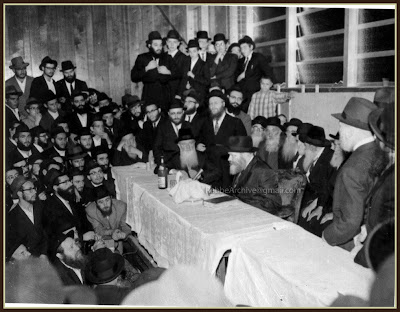 One who first hears about the Rebbe is surprised. He learns that attending a farbrengen of the Rebbe, or standing in line to receive a dollar (or going to visit the Rebbe at the Ohel now) are people from all walks of life, from all types of background and social standing. Many of them certainly didn’t grasp much of the words of Torah that the Rebbe spoke. So what attracted them to him, and what continues to attract them?
Perhaps this can be explained based on the following excerpt from a Ma’amar of the Previous Rebbe:


... Avraham our father explained G–dliness through explanation that was comprehensible even to simple-minded people. And even those who failed to understand felt that the truth was as he had said, and acknowledged what he said. His words had such enthusiasm and love for Hashem that even those who could not properly understand [his explanations] acknowledged [his words] because they sensed his enthusiasm and genuineness. ...

Those who came to the Rebbe, or who hear and see him speak today via audio and video, and read his words, sensed and sense:
This language speaks to everyone, from the most sophisticated to the most illiterate. May I suggest that as chassidim of the Rebbe, we should also derive from this that the key to success in spreading the Rebbe’s message is the manner in which it is delivered.
Even those who didn’t and don’t grasp the profound explanations in the Rebbe’s maamarim and sichos can sense the passion and honesty that permeates them, and this alone uplifts and inspires. (Of course, this is only a beginning in what Chassidic parlance calls “makif,” encompassing and superficial in a certain sense, but it definitely makes a very real impact.) If the chassidim strive to emulate the Rebbe, and ensure that their words are permeated with a similar passion and honesty, at least on their level, then their words will surely be accepted.
Perhaps this is also one way to interpret the expression that one should teach “be’ofen hamiskabel”—“in a way that will be accepted” (see, for example, Hisva’aduyos 5752, Vol. 1, p. 299 concerning teaching about geula and Moshiach). When we deliver the Rebbe’s message and we truly mean it and are excited about it, then we can be confident that it will be accepted.

But how does one change oneself, to reach true sincerity and passion in one’s devotion to Hashem? One accomplishes this through prayer, as it it is written: “What is the service of the heart—it is prayer” (Sifri, Devarim 11:13). And a Chabad chossid has been granted the uniquely Chabad discipline of avodas haTefillah, which consists of learning Chassidus in depth (see here), reflecting at length on a concept in Chassidus, and then reciting the words of davvenen slowly and passionately.
Posted by Yehoishophot Oliver at 6:38 PM

Email ThisBlogThis!Share to TwitterShare to FacebookShare to Pinterest
labels: being inspired, how to teach Judaism, love of Hashem, the Previous Rebbe's teachings