The power of audio for kedusha 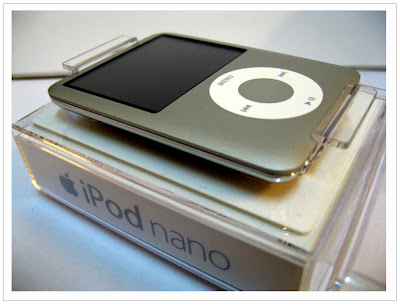 Although the following appears self-evident, I believe that it deserves to be emphasized.
The potential for using audio technology nowadays is simply amazing. For a relatively small price one can purchase an audio recorder and record audio files at no cost other than the price of the batteries (and with some devices not even that is needed). These recordings can then be distributed with relative ease.

I believe that sadly, in the realm of kedusha (holiness), and of spreading Yiddishkeit and the wellsprings of Chassidus, this potential is vastly underused.
If Torah is truly precious to us, we will want and yearn to share it and disseminate it, to make every moment of it count as much as possible and have the greatest possible impact.

Many of those who deliver shiurim, perhaps out of some (sorry to say, misplaced) sense of humility, neglect to record them. The class is then heard only by those attending, while if it were recorded it could have been heard by hundreds, if not thousands of people.

The same goes for listening to shiurim, especially with light and easy-to-carry devices such as an iPod, which can be purchased at a relatively cheap price and can store increasingly more mind-boggling amounts of audio.
Boruch Hashem, there is no shortage of audio to put on one’s iPod. There is a vast array of Torah audio available for download online and elsewhere, most of it very cheaply if not altogether gratis. This awesome treasure exists for a purpose—so that we make full use of it.
In fact, an audio recording has a certain advantage over a face-to-face shiur. Often some of the ideas heard in a shiur will not register after being heard once; however, after being heard a second and third time, one comes to fully grasp the teachings.

Moreover, even if one has heard the shiur several times and fully understands and remembers it, he may attain further insight into the topic discussed, or draw needed inspiration from reviewing it again.

And even if the person attends shiurim, audio technology enables one to “seize the commute” and learn in situations in which learning would be otherwise impossible, or at least very difficult—such as while walking, waiting at a bus stop, or the like. This enables one to use those few minutes here and there, which add up to many hours over the course of time, to the utmost.
This is especially necessary for those who for whatever reason may not be able to attend a shiur in person that day, or live in a place where such shiurim are not available.
Even if one is not mentally in the mood to listen to a shiur, he can still make good use of his time by listening to music that inspires one to love and fear Hashem.
Another important role that audio of shiurim or of proper Jewish music can play (no pun intended) is to replace any excuse of a need to listen to the radio, which, like everything secular, almost always contains some objectionable content.
Posted by Yehoishophot Oliver at 2:10 PM

Email ThisBlogThis!Share to TwitterShare to FacebookShare to Pinterest
labels: love of Torah, the importance of time, using modern technology