Gimmel Tammuz: Hiskashrus Before and After 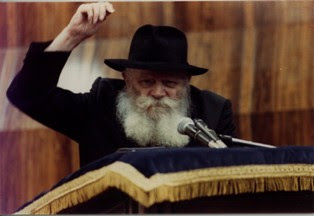 Gimmel Tammuz:
Hiskashrus Before and After

Ever since Gimmel Tammuz occurred, Hiskashrus—the deep, personal bond between chossid and Rebbe that inspires the chossid to a far higher level of connection with and devotion to Hashem—appears to have changed, in a certain sense.

Before Gimmel Tammuz one didn’t have to work so hard to feel a sense of deep connection, for just being in the Rebbe’s presence lifted the person up in an incredible way. It suffused the person with intense energy with which to serve Hashem.

Now, however, Hiskashrus is an Avodah, a lengthy process that requires intense, active effort, or else it simply won’t happen. No longer can it come though osmosis. Granted, one can still be in the Rebbe’s presence by visiting the Ohel. However, only through lengthy preparation (especially by studying the Mitteleh Rebbe’s Kuntres Hishtatchus) will one truly feel that one is in the Rebbe’s presence. Likewise, one can be in the Rebbe’s Shul, an atmosphere permeated with the Rebbe’s holiness, but one will only connect with that holiness in a deeply-felt way through lengthy preparation (especially by studying the Rebbe’s Kuntres Beis Rabeinu Shebebovel, printed in Sefer HaSichos 5752, Vol. 2).

On the one hand, this situation creates a greater difficulty, especially for those who lack personal memories of seeing the Rebbe. On the other hand, one who attains something easily usually isn’t affected as deeply as when it comes with difficulty. Thus, in a way the bond that one creates with the Rebbe after Gimmel Tammuz will necessarily be more pnimiyusdik—more real and deeply-felt.

Practically speaking, this means that one needs to regularly learn the Rebbe’s teachings and constantly grow in following his instructions, for as the Previous Rebbe writes in the HaYom Yom of 24 Sivan, this is the way to attain Hiskashrus.

May this final stage of the Golus finish, enabling us to see the Rebbe again, immediately!


To be sure, even before Gimmel Tammuz one could have treated Hiskashrus as an Avodah, prepared for it thoroughly, and been deeply inspired. But one didn’t need to. One could have followed “the path of least resistance” and sufficed with the inspiration that came automatically. Now, however, until Moshiach comes, one has no other option. It won’t come from above. Either one actively works on the relationship, or it simply won’t exist.
Posted by Yehoishophot Oliver at 10:00 PM

Email ThisBlogThis!Share to TwitterShare to FacebookShare to Pinterest
labels: bonding with the Rebbe, post-Gimmel Tammuz, preparation