Being a Chossid: Not Just Obedience, but Acceptance 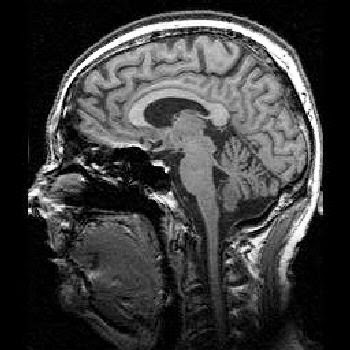 Being a Chossid:
Not Just Obedience, but Acceptance

The secular world trains us subliminally that not only is everyone entitled to an opinion, but everyone must have one—and an independent one. It’s a status symbol. But the Torah approach, lehavdil, is quite different.

In fact, even a more humble not-yet-Torah-observant person can recognize logically that when we use our minds, even if we are highly intelligent, our judgment is very weak and imperfect:

1) we may well lack vast amounts of background information, such that although our conclusion may follow logically from the premises, if the premises are incorrect, so is the conclusion;

2) we may well lack truly sharpened reasoning tools, such that even if all our premises are correct and we have considered all relevant information, we may not be drawing the correct conclusion;

3) we may well lack true objectivity; thus, the conclusions that we reach with imperfect methods are themselves highly imperfect.

Accordingly, a G–d-fearing Jew strives to base everything he believes on Torah. If he does not know for certain what the Torah teaches on a particular topic, he may formulate an opinion, but that opinion is inherently tentative. Thus, if he then hears that the Torah teaches otherwise, he will immediately accept that his opinion must be wrong, and give it up.

It’s not as if the intellectual arguments that brought him to reach the opinion he had held cease to exist. They still need to be resolved, and he hopes to resolve them. But instead of compelling him to a conclusion, these arguments revert to unanswered questions. He says, “I see now that sadly lo kivanti, I wasn’t privileged to grasp the correct understanding of this concept on my own. I hope that with time, with the help of Hashem, by pleading to Hashem with a chapter of Tehillim, I’ll discover exactly all the reasons that my mental calculation was faulty, whether I was lacking—in information, in refined reasoning tools, or in personal refinement and objectivity (or a combination of the above)—leading to a false conclusion. But for the meantime, I am happy to admit my mistake, knowing that now I have the truth.”

This approach requires humility. It also requires a strong sense of the severe limitations of human intellect when compared with that of Hashem, the Creator and Director of the universe.

It’s true that highly intelligent people will have more difficulty reaching this sort of submission. But it’s quite attainable, really. On the contrary, a truly wise person will be fully aware of his limitations, and any opinion he reaches though his own reasoning (as opposed to a clear statement of the Torah) will be held tentatively, pending further investigation, and pending confirmation through an explicit Torah source. Hence, when he learns that his opinion was mistaken because of the simple fact that the Torah says otherwise, he does not cling to it; rather, he accepts intellectually and emotionally that he erred, and that the Torah, which is “a Torah of truth” (blessing on the Torah), was correct.

And all the above also applies to the way a chossid regards his Rebbe. A non-chossid will accept a Rebbe’s words if they makes sense to him. If not, not. In contrast, a chossid has the bittul (humility) and emunas Tzaddikim (faith in Tzaddikim—see here) to know that the Rebbe’s perception is not only superior to his own, but simply in another league from it. Just as it is silly for a little child to disagree with his parents, so is it ridiculous for a person to disagree with his Rebbe. In fact, it is far more ridiculous, since the distance between them is far greater, for a child will one day become an adult, while a chossid will never become a Rebbe.

So (following on from this earlier post on the topic) we have a further definition of what is a chossid: A chossid does not just obey, he accepts.
Posted by Yehoishophot Oliver at 8:28 PM

Email ThisBlogThis!Share to TwitterShare to FacebookShare to Pinterest
labels: bittul, emunah vs. intellect, what is a chossid