Purim: Seeing Through the Facade 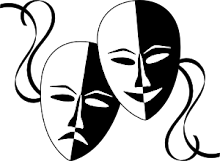 Purim: Seeing Through the Facade

On Purim, we celebrate a very special kind of miracle. A “miracle vested in nature”.

“Normal” miracles jump in your face and jar you out of your sense of self and your default approach to the world. Normally, the external natural world cries out “I exist,” and only allows us to connect with the level of G–dliness that is vested within nature, which stems from the divine name of Elokim. Open miracles, however, virtually “force” us to acknowledge that right behind the Elokim-generated forces of nature lie the name of Havayeh, a level of G–dliness so sublime that it utterly transcends nature, and it even transcends the fundamental parameters of time and space.

Then there is a miracle that can be easily denied, or not noticed to begin with. One could fail to realize that this event involved divine intervention in the “normal” process of nature. This kind of miracle truly tests our faith, our inner bond with Hashem, our power to sense the absolute truth of G–dliness.

This is the lesson of the story of Purim. No dramatic splitting of the sea, flame without oil, or Golem here. Just a series of apparently fortuitous coincidences, any one of which alone might seem surprising, but still well within the realm of statistical probability.

And yet since the Jew’s special Neshamah stems from the name of Havayeh,[2] he has the power, if he so chooses, to see through the façade of Elokim, to see how in fact these were no natural events—this was the handiwork of Havayeh alone.

And this is what we celebrate on Purim—the Jew’s ability to see through the mask of nature[3] and see Hashem’s constant guiding hand. And not only in grand events of national significance, but even in his very own personal life—if he truly wants, he has the power to see how Hashem has guided him every step of the way, and how in fact, every single event in his life is truly from Hashem—and not only from Elokim, but from Havayeh.[4]

Certainly, when the Jew sees in his personal life a “coincidence” that some might attribute to chance, citing the all-knowing professors of statistics as their supposedly unimpeachable source, or at least to the cyclical rhythms of Elokim, the Jew knows the truth—that every single event in his life occurs by Divine Providence alone, and stems (not only from Elokim, but on a deeper level) from Havayeh.

So why did he, let’s just say, receive an e-mail from an old friend he had fallen out of touch with for years soon after he spent five minutes consciously thinking about this person for no apparent reason (as actually happened to me just last night)? The Jew knows that this was no fluke. Hashem wanted to show him a little glimpse of His Personal Providence by slightly removing the façade of nature for a brief while.

Then this experience shows him tangibly how mikreh—chance is rak meiHashem—only from Hashem.[5] His eyes are opened up (and perhaps this is one of the meanings of the Rebbe’s exhortation that we “open our eyes”) to see Hashem’s hand in every aspect of his life. And the more he searches earnestly for Hashem, the more he truly sees Him.

This endows him with the encouragement to approach even his daily mundane, apparently banal routine duties with joy and inspiration, knowing that Hashem—including the lofty level of Havayeh—goes with him always, even in the apparently negative events in his life (may Hashem spare us), and that only Hashem gives him the strength to perform acts of might.[6] And through this faith, “everything will become good on a revealed level as well.”[7] Kein tihiyeh lanu!

Like what you read? The articles I write take a lot of time and effort. Please contact me to sponsor an article for (at least) $36 in honor of the birthday, wedding anniversary, or yarhtzeit of a loved one, or for a refuah shleimah or the like. Also, see here concerning the tremendous merit of supporting the dissemination of Chassidus, and the blessings that one receives for doing so.
Posted by Yehoishophot Oliver at 12:37 PM