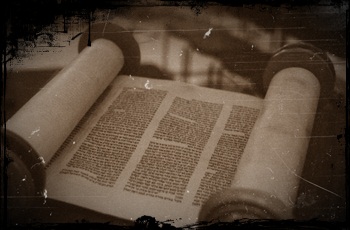 The Divine Presence rests only in a place that is in a state of bittul, submission and self-nullification, to Hashem.[1]

Now, on one level, this bittul was accomplished through the suffering that the Jewish people underwent in the Egyptian exile, for suffering crushes a person’s ego, making him a vessel for Hashem’s infinite light.[2]

Likewise, we find that immediately before receiving the Torah, the Jewish people cried out collectively, “we will do.”[3] With this they dedicated themselves to Hashem from the very core of their beings, committing to obey Him regardless of what He might command (which they did not yet know, for He had not yet issued the Ten Commandments). They rose to a level of devotion and love for Hashem so intense and sublime that it was as if they had no wish of their own, for their only wish became to fulfill Hashem’s wish.
This is the level of bittul expressed in the analogy to an eved, a servant, who has no independent existence; his entire existence is devoted to obeying everything that his master commands him.[4]

After they reached the level of “we will do,” they merited “we will hear”—to “hear” and absorb the revelation of Hashem’s infinite light.

But how were the Jewish people able to attain such a lofty level of love for Hashem? Had they not only recently been delivered from Egypt, where they had in many respects assimilated with the Egyptians, and sunken to appalling depths of impurity? Indeed, the Zohar states[5] that they had sunken to the forty-ninth gate of impurity, and that when they were redeemed, they were on the brink of falling to the fiftieth and lowest gate of impurity, at which point they would have been irredeemable. At this point they were at the lowest level of divine service, and in a very childlike state (see here concerning “mochin dekatnus”). How could they then “jump” spiritually from such depravity to such heights?

Moreover, how does the above explanation of “we will do” as meaning that the Jewish people received the Torah with total, unreserved eagerness fit with the Talmud’s statement that Hashem “forced the mountain upon their heads like a tub” and insisted that they accept the Torah?[6]

Chassidus reveals that although Hashem “forced” the Jewish people to receive the Torah, they did so not out of fear, but out of love.

Human nature is that “as water reflects a face to a face, so is one’s heart reflected back to him by another.”[7] The way feelings work is that we naturally reciprocate a feeling expressed to us.

Now, the more intense the feeling expressed, the harder it is to express a contrary feeling in return. This explains why an intense expression of love is usually reciprocated. However, at times one may express profound, heartfelt love to another, but still finds that it is rejected, or not sufficiently reciprocated. The reason for this is that for whatever reason, a certain part of the giver, and thus also of the recipient, was not involved in the love. However, if the expression of love is total and uncompromising, then it will be so powerful that it will “compel” the recipient to accept it, for it encompasses the recipient so utterly that he or she “cannot” reject it.

This might also be observed physically, when the one expressing love is overwhelmed with emotion to the point that he hugs his loved one so tightly that his entire back is embraced, and so the recipient of the hug is pinned in place, unable to move and turn his or her back to the lover.

This is the deeper meaning of the Talmud’s statement that Hashem “forced” the Jewish people to receive the Torah. Thus, of the Giving of the Torah it is written, “his right hand embraces me.”[8] Hashem “hugged” the Jewish people so tightly, as it were, that they could not turn their back to Him and reject Him. He revealed Himself to them with an ahavah rabbah, a “great love”—a love so passionate that they were “forced” to respond in kind.

How did they respond in kind? They declared “we will do,” and thereby surrendered to Hashem with an absolute commitment, as explained.

This also explains how they could have “jumped” from the depths of impurity to the heights of holiness. As sublime as their love for Hashem was, it came through a revelation from Above, and not through their own efforts and merit. And so it didn’t matter that they had just emerged from Egypt; as they were, on their degenerate level, Hashem expressed His “great love” for them, and thereby elevated them to a sublime level of love toward Him.

This post is dedicated by Reb Kasriel Oliver and family as a merit for Rivka Reizel bas Hinda Zelda Bracha Tsap.

Like what you read? The articles I write take a lot of time and effort. Please contact me to sponsor an article for (at least) $36 in honor of the birthday, wedding anniversary, or yarhtzeit of a loved one, or for a refuah shleimah or the like. Also, see here concerning the tremendous merit of supporting the dissemination of Chassidus, and the blessings that one receives for doing so.
Posted by Yehoishophot Oliver at 11:08 PM