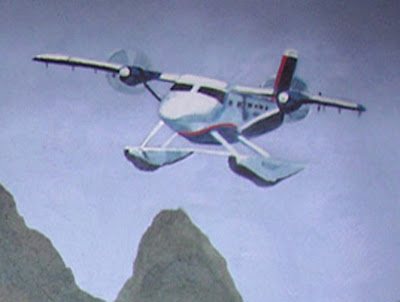 I recently travelled on a plane, and I derived several important lessons from the experience. Here is one:

When something is truly important to us, we are willing to sacrifice for it.

Most people will not wake up early or put themselves in a situation in which they know they will lose a lot of sleep. If they missed their daily shiur in Chassidus or Nigleh, or they didn’t finish Chitas, they may say that they can’t do it late or wake up early for it, because they will lose sleep. Likewise, they may say that they can’t stay at a farbrengen, or come altogether, because it will mean losing sleep.

But the traveller on an expensive plane flight somehow forgets these concerns. This shows us that when something is very important, and you’ve invested a lot for it, you have no trouble losing some sleep. The temporary discomfort is more than worthwhile when compared with the long-term profit one hopes to gain, and the amount of money one has invested.

This concept is reflected in Tanya, chapter 25, where the Alter Rebbe urges one to be wary of the “battles of the [evil] inclination and its schemes to cool a person off [by enticing him] not to forfeit his money and his bodily health.”

Of course, there is also a limit to how much one can give up his money, or lose sleep, and the like. One who gives away all his money to tzedakah will become a pauper and have to collect money himself. Likewise, someone who literally never sleeps may have a nervous breakdown and then not be capable of anything.

However, these are extremes, and this is clearly not what the Alter Rebbe means. The Alter Rebbe is saying that when someone comes to your door collecting and you have an opportunity to give tzedakah, but it may mean giving up something you would have liked to have, don’t turn him down. If you miss eight hours sleep, and only get six and a half because you stayed later at a farbrengen or learnt with a chavrusa in the only time available, you’ll survive.

What about the discomfort, and even the pain, that it may involve? When we truly appreciate the value of Torah study and the like, we will not regard it as a loss in the first place. As the Rebbe puts it:


As we have often discussed, in order to accomplish a goal of tremendous importance, any effort exerted is utterly trivial when compared with the importance of the task. Thus, no effort should be spared in activities related to such an endeavor. This would even be true if one’s chances of success were doubtful.

This can be compared to a person advised to invest one copper coin on the chance that he may earn thousands upon thousands of golden coins, jewels, and pearls. He would surely not hesitate for even a moment to invest this coin, although the profit is uncertain.

If this is even true of material profit, it surely applies with respect to the tremendous spiritual benefit (aside from the inherent value of fulfilling of a divine command) of bringing the entire world to recognize the existence of the Creator and Director of the universe. There is surely no comparison between the efforts invested in this campaign and its tremendous importance. This would even be true if success was uncertain, and it is all the more so when experience shows the extent of our success.

Posted by Yehoishophot Oliver at 9:31 AM

Email ThisBlogThis!Share to TwitterShare to FacebookShare to Pinterest
labels: concepts in Tanya, self-sacrifice, the Rebbe's teachings