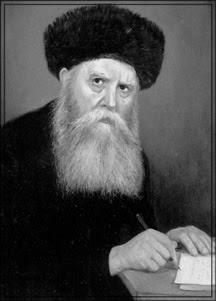 ... We also find with respect to some bodily maladies, may G–d save us, that the sufferer may not only be unaware that he is sick, but mistakenly considers himself healthy. Some deeply afflicted people even consider the healthy people to be sick, and themselves—the sick ones—as healthy.

These emotionally sick people typically do not seek treatment; some of them even oppose it, claiming that they are healthy. Some of these people may even be very clever—original thinkers, talented orators, and the like.

The root of this sickness is the fantasies that these people have about themselves. One person has delusions of grandeur—he fancies himself the leader of the community or the city. Another views himself as the smartest fellow in the country, and the third is afflicted with yet another delusion.

They are all so busy with their imagination that they have little time to eat and sleep, and when they are brought to the people assigned to heal them, they claim that they are the healthy ones.

The person suffering from spiritual delusion and denial is even worse off than one who suffers from psychological delusion and denial, for in the case of the latter, there is usually someone to help, while those who suffer from the former are typically abandoned, and their sickness worsens and become gradually more ingrained, and they degenerate more and more as time passes.

As discussed in a previous post, it is human nature for a person to be in a state of denial about his or her spiritual sickness/es. The above letter complements that post, for it explains that this denial and delusion is even more severe than a psychological delusion, for the latter is usually detected by others and rectified, while the former is typically ignored, and is therefore more likely to go completely unchecked and atrophy.
This teaches us how careful we should be to be honest with ourselves about our spiritual state, for although there is a Mitzvah to rebuke one’s fellow Jew (Vayikra 19:17, Erchin 16b)—which includes helping them to so see that they are suffering from a spiritual malady—with regard to spiritual faults one can’t count on others doing so. Conversely, this letter also teaches us that it is a tremendous Mitzvah to inform someone of his spiritual shortcomings appropriately, for if you don’t, it is quite possible that no one else will, and the results of failing to correct these faults in good time may be unfortunate indeed, G-d forbid.
Posted by Yehoishophot Oliver at 5:50 PM