The Key to Understanding Torah 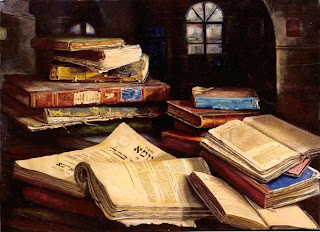 The Key to Understanding Torah

People who study Torah make a common mistake. They treat the Torah as a collection of thought-provoking topics for intellectual discussion and heated debate, or as a storehouse of insightful stories and witty sayings.

But a Jew doesn’t learn Torah in order to stimulate his mind—or at least, he shouldn’t. He ought to learn Torah with a sense of awe at its holiness, and with the goal of submitting and uniting his mind with Hashem’s wisdom.

In fact, only when one learns Torah with this awareness can one truly understand it. Thus, one who has not prepared himself appropriately to study Torah will not only fail to truly connect with the G–dliness in Torah, he will also fail to truly grasp its technical logic.

To explain, in Hashem’s infinite kindness, He lowers His supernal wisdom—the Torah as it exists in its sublime source, and reveals it to us on our level—the Torah as we know it. Put differently, in the Torah Hashem lowers His intellect, which is in its own right completely beyond mortal understanding, down to the level of our intellect, and this enables us to comprehend it.

The reason that Hashem lowers His wisdom in this way is that He wants to give us the opportunity to unite with it. Through Torah study, one unites one’s own mind with Hashem’s “mind” in a unity that is completely unparalleled.[1]

However, Hashem does not automatically lower His intellect into a form that we can understand. This is a privilege that must be earned, for in general, divine blessings require that the recipient invest effort in order to be worthy of them (in the language of Kabbalah, an “arousal from below” must precede an “arousal from above”). In this case, the human effort required is devotion to observe the Mitzvos out of the pure desire to obey Hashem’s command. When one does this, he causes G–dliness to permeate the physical, and thereby merits that divine wisdom descends to him such that his limited intellect can grasp it, enabling him to unite himself with Hashem in a most wondrous manner.

But do we not see many scholars of Torah who lack fear of Hashem? The answer is that although they may have amassed a great deal of technical knowledge, they do not truly grasp the meaning of what they have studied; rather, they will constantly understand and interpret Torah themes in an incorrect and even twisted way.

In stark contrast, secular wisdom can be understood thoroughly even by a person who neglects to fulfill the behaviors that they logically dictate. For example, an expert on heart disease can fully understand his field, and yet be a chain smoker.

This is also related to Chanukah, for the Greeks sought “to cause them [the Jewish people] to forget Your Torah and to remove from them the laws of Your will.”[2] They sensed that connecting with the G–dliness of Torah depends upon performing Mitzvos with pure faith in Hashem. Since they wanted the Jewish people to study Torah as a secular subject, G–d forbid, they outlawed the observance of the chukim, the supra-rational laws. Since this would leave only the rational Mitzvos, they hoped that the Jewish people would then stop performing the remaining Mitzvos out of subservience to the divine command, instead performing them because of their rational necessity. In sum, they sought to contaminate the purity of Torah by contaminating the purity of Mitzvah observance.

Thus, Chanukah teaches us to perform Mitzvos with pure faith and fear of Hashem, out of a desire to fulfill His will; this makes the person a vessel to truly grasp the technical logic of Torah, and when he then learns it, he will be blessed with the ability to succeed at uniting his mind with Hashem’s wisdom.