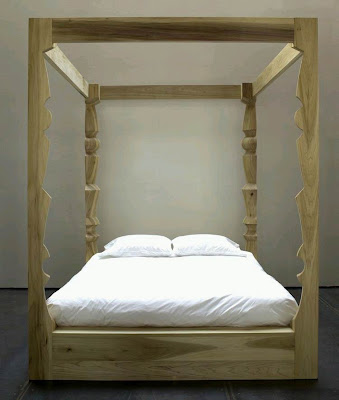 This week’s parsha, Vayera, discusses the people of Sodom. In Sodom, a bed was prepared for weary guests to rest. However, when the guest would lie down, the “host” would make sure that he fit the bed perfectly. A short man was stretched to fit it, while a tall man’s legs were cut to size (Sanhedrin 109b).

The Rebbe makes reference to this horrific practice, and explains that when one minimizes the importance of some Mitzvos or inappropriately exaggerates others, one treats the Mitzvos in a similar way:


Every single Jew—not only a select group, but even the simplest of Jews, those in the category of “your woodchoppers and water-drawers”[1]—should engage in activities to influence gentiles to adhere to the Noahide Code.

On the other hand, it ought to be pointed out that this even applies to those in leadership positions [over Jews]. Someone in the category of “the heads of your tribes” is liable to think: “For a layman, someone in the category of ‘your woodchoppers and water-drawers,’ influencing gentiles is a noble thing. But for someone with the status of ‘the heads of your tribes,’ in the position to spend the entire day engaged in Torah study and observance of the Mitzvos, or in Jewish communal service, which is a very lofty form of divine service, why should he engage in something as ordinary as influencing gentiles?”

The response to this is based upon the Talmudic statements, “Be as careful with a light Mitzvah as with a severe one,”[2] and “Do not sit and weigh up the Mitzvos of the Torah.”[3] In other words, there is indeed a difference between the “light” and the “severe” Mitzvos.[4] Nevertheless, in the sense that they are all “the Mitzvos of the Torah,” they are all equal, and it is completely unacceptable to differentiate between them.

To explain further: The Mitzvos of the Torah express the will of G–d; thus, by fulfilling them we fulfill the will of G–d. This principle is expressed in the verse [concerning sacrifices], “It is gratifying for Me that I have spoken and My will was done.”[5] Thus, the differences between the Mitzvos, whether they are light or severe, are only relevant to reward and punishment, and the like. However, insofar as the central, primary aspect of Mitzvos is concerned—that they are the will of G–d—it is impossible to differentiate between a light and a severe Mitzvah. ...
Moreover, the very thought to use human reason to decide which Mitzvos to follow and not to follow, G–d forbid, is shocking in the first place. How could a person think to calculate and decide—reminiscent of the “bed” used in Sodom—his conduct and efforts in matters of the Torah and its Mitzvos on the basis of his biased human intellect?!

Thus, one’s obligation to observe the Torah’s 613 Mitzvos—including Maimonides’ ruling that one should influence gentiles—applies uniformly to all the Mitzvos. Furthermore, this principle holds true for simple laymen and leaders alike.

[1] Devarim 29:10. This verse lists a hierarchy of Jews, from “the heads of your tribes [i.e., the leaders],” to the “woodchoppers and water-drawers.”
[2] Avos 2:1.
[3] Devarim Rabba 6:2.
[4] An example of a “light Mitzvah” may be the prohibition to eat before Maariv (the evening prayer), whereas the prohibition of eating chametz (unleavened bread) on Pesach could be classified as a “severe Mitzvah.”
[5] Rashi, Vayikra 1:9.

Sometimes we “stretch” some Mitzvos and “chop away” others. We embrace passionately ideas and directives of Torah that we find personally exciting and attractive, but neglect those that we find less appealing, never mind those that we have great difficulty accepting and implementing.

And then “one sin brings another in its wake” (Avos 4:2), and this degenerates further. What was at first an emotional aversion becomes rationalized into an opinion and a shita, a philosophy.

What does this stem from? This person lacks the sense that Torah, although it was revealed in a way comprehensible to the human mind, is essentially an objective revelation from Above and is thus completely not subject to our subjective desires. Via the Torah Hashem tells us what He wants of us, and we are granted the freedom to accept or reject His command. Yet even if we choose to reject His words, they remain, timeless and absolute, unchanged by our foolishness.

However, in order to ensure that our limited, biased human mind grasps correctly what Hashem wants, before it is applied to Torah study, one must bring oneself to a state of bittul, humility. For otherwise one may, perhaps even unintentionally, come to twist and distort His will, remaking Hashem in one’s own image, chas vesholom.
Posted by Yehoishophot Oliver at 11:12 AM