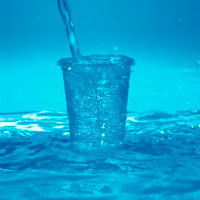 “What’s mine is yours, and what’s yours is mine—this one is a man of the earth” (Pirkei Avos 5:13)
The Medrash Shmuel interprets this as follows: Some people always want to switch what they have with others, imagining that then they will be happy. The Mishnah is teaching us that this is a foolish trait.

The same applies to spiritual aspirations. Often, one of the reasons that a person feels that “it’s too late” to develop spiritually is that he falls into the trap of comparing himself to others. “How does the other guy manage to make friends so easily,” he asks himself, “while for me it’s so difficult? Why does he manage to rise early, while for me it’s always a struggle? How come he understands what he learns the first time, while I don’t understand even after reviewing it several times? And why can’t I have a brilliant memory like him?”

By drawing such comparisons, the person comes to look down on himself and feel like a loser and a failure. This is exactly what the evil inclination wants, because once the person is in this low state, he is far more susceptible to succumbing to temptation (see Tanya ch. 26).
But in reality, all that Hashem wants of a Jew is that he fulfill his own personal potential.
Once Reb Mendel Futerfas sat at a farbrengen where a group of students were discussing what Hashem expects of a Jew. Reb Mendel took a jug of water, and poured it into a cup. “Which is better,” he asked, “the jug or the cup?” “The jug,” everyone responded. “Which is better,” he repeated, “the jug or the cup?” Finally, someone responded: “It depends. In terms of quantity, the jug is better, but in terms of fullness, the cup is better.” “Exactly!” he exclaimed. “That’s what Hashem expects of us, to be full.”

There is no use comparing oneself to someone else, because his success at his personal mission depends upon only one thing—his effort to fulfill his personal potential. To the extent that his “cup” is “full,” that he maximizes his potential, he is accomplishing what Hashem wants of him. If he falls short of this high standard, even if he accomplishes a great deal, he is falling short in Hashem’s eyes. But a person of average talent who serves Hashem with sincere devotion, brings Hashem tremendous pleasure.

Thus, it’s completely inappropriate to compare oneself to others, because serving Hashem is not about talents and accomplishments, but “how you play the cards that you’re dealt.”
Posted by Yehoishophot Oliver at 10:02 PM

Email ThisBlogThis!Share to TwitterShare to FacebookShare to Pinterest
labels: effort