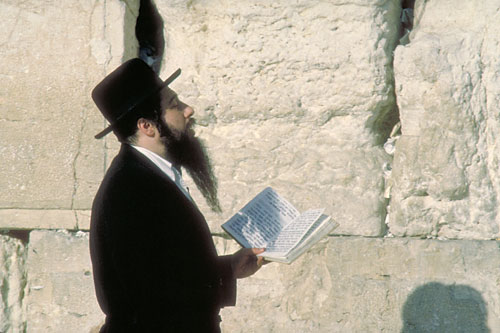 A well-known story is told that once, in Lubavitch, a shochet was fired because he began to wear boots. How, then, was it that in later times, the Rebbe’im themselves wore boots?

However, once G–d-fearing Jews began wearing boots as well, then circumstances changed; obviously, there is nothing inherently wrong with wearing boots.

*Elsewhere (Likkutei Sichos, Vol. 18, p. 460), the Rebbe adds: “In the time of this shochet, boots were a new thing, and only the Jews who dressed and acted like the pritzim [sing. poritz—the wealthy non-Jewish landowners], took part in their wild parties, and the like, would dress that way. If someone dressed like this, people knew that he had strayed from the proper path. In the end, it became known that this shochet and his family had indeed strayed from the proper path.”

In various times and places, G–d-fearing Jews wore various garments. What is important to consider is not the exact garment worn, but the simple fact that for whatever reason (and I don’t think that the superficial reason that this particular “fashion” was adopted really matters here), it has become accepted that in a particular time and place, a G–d-fearing Jew dresses in this particular way. So, as superficial as it sounds, one who fears Hashem naturally wants to conform to this way of dress, in order to make his identity as a G–d-fearing Jew known to others.

Conversely, if the person make a point of dressing differently from the way that G–d-fearing Jews typically dress in his particular cultural milieu, and davka imitating the dress of the non-Jews around him, he is making an unmistakeable statement about his degenerate values and low spiritual level. He lacks fear of Hashem, and therefore identifies with the goyishe culture of his time, instead of following the Torah’s mandate for the Jewish people to distance and distinguish themselves from non-Jews and their culture (see here).

Despite the above, of course, one has the ability to be hypocritical, so although a pious person will dress the part, as above, pious dress does not in itself prove piety.

It should also be noted that nowadays, this principle may not always apply. This story occurred during an era in which the vast majority of Jews were Torah-observant, and the ones who abandoned observance were the exceptions, and moreover, they had been raised observing Torah and Mitzvos. However, the majority of Jews today are not yet Torah-observant, and they have been raised without Torah observance. In this context, those who are slowly finding their way back to their heritage from a world of secularism may continue to wear somewhat non-Jewish looking garments not because they are on the verge of leaving the fold, but because they are still in the process of entering it—a journey along which one must progress gradually, as explained here.


This post has been dedicated by the Weinberger family לעילוי נשמת Melech ben Mordechai Shmuel ע"ה, and by Menachem Kovacs in honor of the Yahrzeit of his father, Eliezer ben Shalom ע"ה, on 17 Sivan.

____________
Like what you read? The articles I write take a lot of time and effort. Please contact me to sponsor an article for $36 in honor of the birthday, wedding anniversary, or yarhtzeit of a loved one, or for a refuah shleimah or the like. Also, see here concerning the tremendous merit of supporting the dissemination of Chassidus, and the blessings that one receives for doing so.
Posted by Yehoishophot Oliver at 11:10 PM

Email ThisBlogThis!Share to TwitterShare to FacebookShare to Pinterest
labels: garb, relating to non-Jews, the Rebbe's teachings