Ahavas Yisrael: Not just a slogan 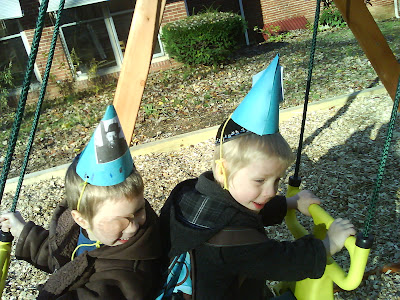 It appears to me that Ahavas Yisrael (the Mitzvah to love one’s fellow Jew) has become a slogan, and not of the positive kind. The purpose of a slogan is to remind us of something, but at the same time it causes us to forget, because the constant repetition of the idea makes it so routine that the opposite happens—we forget what it actually means and why it was so important to emphasize in the first place.

Ahavas Yisrael, on the most basic level, means being really nice to another Jew. Friendly. Warm. Welcoming. Accepting. Kind. Sensitive. Respectful. Genuinely interested in his or her welfare.

To accomplish this, we need to develop empathy. We need to be able to pull ourselves out of our own natural box and try to to consider another Jew’s feelings and needs. And not out of a dry sense of obligation to Hashem (although this is indeed an obligation), but out of a true feeling that since this Jew is my brother or sister, I should care about him or her and unite with him or her as much as possible.

But by nature we are so distant from other people and so attached to ourselves. We don’t stop thinking about ourselves. I, me. And even when we do (albeit rarely) think about others, most of the time, we only think about how they can somehow benefit us. Subconsciously, each person thinks that the entire universe revolves around him or her.
Developing empathy means learning that other people really and truly matter. In fact, they matter just as much as oneself, if not more. And therefore they deserve the same amount of respect and caring that one would want for oneself.

Of course, since developing this feeling means changing one’s innate emotions, it doesn’t come naturally. It requires strenuous, sustained effort. In the parlance of Chabad literature, this effort is termed avodah.

As the Alter Rebbe explains in Tanya ch. 32, the key to ahavas Yisrael is bringing the Neshama (soul) to dominate in the body. For it is the Neshama that truly unites us, for all Neshamos stem from Hashem, just like all siblings, no matter how different they are from one another, stem from the same parents.

Thus, when a Jew exerts the effort necessary to attune himself to the needs of his Neshama, then ahavas Yisrael will come naturally. Then Ahavas Yisrael will no longer be a slogan; rather, it will be a normal part of life.
Posted by Yehoishophot Oliver at 9:22 AM

Email ThisBlogThis!Share to TwitterShare to FacebookShare to Pinterest
labels: concepts in Tanya, love for a fellow Jew