The slogan of modern music: Everything is permitted! 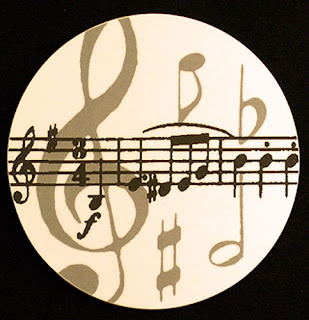 The following answer of the Rebbe appears to be to the question of whether to create Jewish music that is similar in some respects to secular music, done in the style of popular genres of music. Examples today might be rock, hiphop, rap, blues, reggae, etc. The Rebbe may also be responding to the issue of whether it is acceptable to remake existing goyishe music using Jewish lyrics.

The Rebbe says that creating such music is a matter of saving Jewish lives in the spiritual sense, apparently because it reaches people already affected by secular music and helps them break away from it. On the other hand, it simultaneously creates the problem that it introduces listeners not yet corrupted by secular music to the world of that genre, which can be very detrimental, and this presents a challenge that one needs to overcome:

Understandably, just as with any plan, success is more likely and greater when [the plan] is performerd by an experienced expert in the relevant area, or at least if it is done under his orchestration and administration, and with the requisite and appropriate devotion.

However, the area of music is unique. The present situation is that a segment of this music 1) is able to conquer people’s hearts; 2) can provide a livelihood for the musician, at least a moderate one (which will enable him to devote himself to these plans in a way fit for their success); 3) has already conquered the “market” and become famous, and so on.

It [the popular music] is not just secular, but it also forms the listeners’ attitude towards excitement of their evil inclination, destruction of the existing “boundaries” and “order” (including, to our great anguish, mainly in the area of modesty), etc.

On the one hand, this emphasizes even more the need for your plan (since it is literally a matter of spiritual life and death [“pikuach nefesh mammosh”]).

On the other hand, this magnifies even more the difficulty, etc. in carrying it out since you must fight against the existing situation, to negate the suspicion of the religious listeners and leaders, which is based on the atmosphere prevalent in the music world of the youth and even of the adults.

Furthermore, and this is also primary—how can it be ensured that for those for whom this will “introduce them” to the world of music that it will not introduce them also to its very large (at least in quantity) already existing side, which is very colorful and knows no boundaries, and on the contrary—its slogan is: Everything is permitted, everything is desirable for you to try yourself davka [and find out] what it is all about, and when the time comes you will decide for yourself your attitude to it without any preconceptions whatsoever.

Posted by Yehoishophot Oliver at 1:23 PM

Email ThisBlogThis!Share to TwitterShare to FacebookShare to Pinterest
labels: music, the Rebbe's directives