Going to the Rebbe: Embarrassment and preparation 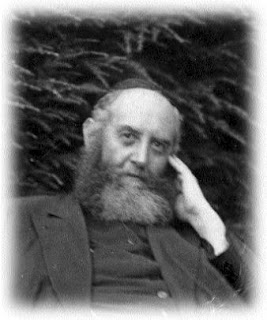 Going to the Rebbe:
Embarrassment and Preparation


Reb Chanoch Hendel Kugel was one of the great chassidim of the Rebbe, the Tzemach Tzedek, the Rebbe Maharash, and the Rebbe Rashab. He was one of the first mashpi’im in the Yeshivah of Tomchei Temimim. The Previous Rebbe relates:


Reb Chanoch Hendel once said during one of his farbrengens: “One who suffers from tzora’as (spiritual leprosy) may not enter the Beis HaMikdash until he is healed. Likewise, until a young man is healed of his repulsive character traits, he may not go to Lubavitch. It is forbidden to defile the chamber of Hashem found in the Rebbe’s surroundings.

“For ten years I studied Rabenu Yonah’s Shaarei Teshuvah, Sefer Charedim, Reishis Chochmah, and Pokeach Ivrim. I also studied [the Alter Rebbe’s] Iggeres HaTeshuvah tens of times and certain chapters of [the Mitteler Rebbe’s] Derech Chaim. [My goal was] to scrape away the evil character traits and rid myself of the body’s habits. Only then [once I had accomplished this goal], and with the consent of elderly chassidim, did I travel for the first time to the Rebbe [the Tzemach Tzedek] in Lubavitch.”

Listen, young men, to what an old chossid told concerning how he became a chossid.

This young man toiled for ten years [to refine] his character traits, and during these ten years he did not travel to Lubavitch to my great-grandfather, for he was ashamed to appear before the Rebbe while on his spiritual level.

This is a good preparation for becoming a chossid.

In this sicha the Previous Rebbe encourages “young men” to listen to the story of a chossid who prepared for ten years before travelling to his Rebbe, and the Previous Rebbe impressed upon them that “This is a good preparation for becoming a chossid.”


Without this preparation, the chossid deserves to feel embarrassed to appear in the Rebbe’s presence. The chossid knows with certainty that his spiritual level is immediately felt by the Rebbe, and if foul character traits remain and sincere Teshuvah is lacking, entering the Rebbe’s holy presence is a kind of desecration, akin to “defiling the chamber of Hashem” (in the words of Reb Chanoch Hendel).


On a similar note, at a farbrengen the Previous Rebbe once turned to the famous chossid, Reb Zalman Moishe HaYitzchaki, and said something to him. Afterwards, the other chassidim asked him what the Rebbe had said. “I didn't hear one word,” he responded. “Only one thought bothered me at that moment: When will the Rebbe already remove his holy eyes from my piggy face?” (Anoshim Chassidim Hoyu, Yosef Yitzchak Kaminetzki, Israel, 2003, p. 24)


Over time, and especially with the relocation of the Chabad movement from Europe to America, this sensitivity has been largely lost, or at least greatly diminished. I once heard it said that the famous mashpia Reb Nissan Neminov once complained: “In our times, when the Rebbe [i.e., the Rebbe Rashab or the Previous Rebbe] would come, we would run away, not wanting to be seen. Nowadays, when the Rebbe comes, everyone runs to be seen!”


This phenomenon also reveals a significant lack in the traditional Chabad emphasis on pnimiyus—the feeling that personal change ought to come through one’s own effort and not through “makifim”—unearned divine revelation from above that pulls one out of one’s problems. The idea that one will go to one’s Rebbe and be lifted out of one’s internal mud with minimal effort was always shunned by Chabad and embraced by other Chassidic approaches.


In light of the above, it would seem that a desire to be seen by the Rebbe without any accompanying sense of embarrassment and reluctance out of an awareness of one’s unworthiness, or any desire for some form of preparation in order to become at least somewhat more worthy of standing in the Rebbe’s presence (even if not fully worthy) indicates that this person is probably suffering from some or all of the following basic problems. First, he lacks firm emunas Tzaddikim—belief that the Rebbe sees unerringly into his heart (see here). Second, he lacks a strong awareness of his character flaws, and the need for avodah in order to rectify them. Finally, he lacks a recognition of the importance of pnimiyus.


It is easy to go the Rebbe and say “hineni”—“here I am!” But without some substantial preparation, it is unlikely that such a visit will make a lasting impact on one’s life. And one will certainly not accomplish an inner change remotely close to that which one can accomplish through preparation.

The sensitivity (albeit not to the extreme described in the Previous Rebbe's talk) should energize one to prepare before going to the Ohel, and in general, to intensify one's preparation for the long-awaited day when we will see the Rebbe again, with the coming of Moshiach.
Posted by Yehoishophot Oliver at 4:39 PM