The Significance of Seventy

The Significance of Seventy
by Rabbi Yehoishophot Oliver
in honor of the seventieth birthday of my mother,
Zipporah Oliver (Chana Feiga bas Reizel) 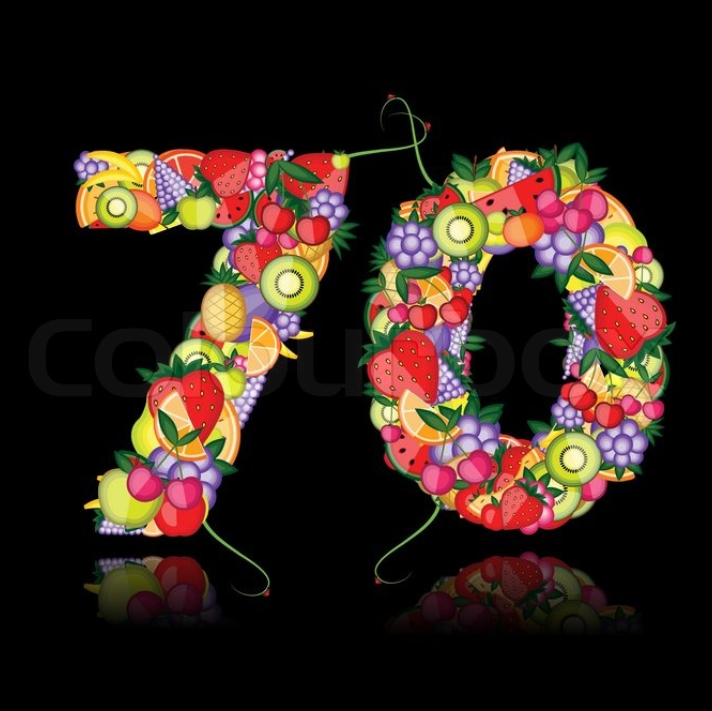 Seventy is a very significant age, for it represents the full span of a lifetime, as David Hamelech says in Tehillim: “Our days are seventy years”.[1]

But how does this fit with the fact that some people lived for much longer? In particular, the Avos—Avraham, Yitzchak, and Yaakov—lived for far longer than seventy years. It would seem clear that David included all mankind in his statement, including the Avos, so why did they live for so long?

The answer is that in fact, this emphasis on the age of seventy is not referring to a physical age but to a spiritual age. As is known, the number seven represents the seven middos, the emotional character traits. Seventy represents perfection in each of these traits, as they each contain ten, corresponding to the three levels of intellect and the seven emotional traits as they exist within each trait.

Seventy represents an even higher level of perfection, because it includes the three levels of intellect within each emotion as well.

Thus, the reason that a lifespan lasts for seventy years is that our task is to refine our character traits and reach the spiritual level of seventy, which represents perfection in the refinement of one’s character traits.

Thus, the greatness of the Rambam is expressed in his lifetime of seventy years, which emphasized that he reached perfection in his self-refinement and this perfection also expressed itself on the physical level, in the length of his lifetime in this world.

But since this number represents spiritual accomplishments, it could also be accomplished by someone who is not seventy. Indeed, we find that in the Hagadah, Rabbi Elazar ben Azarya says “I am like someone who is seventy years”, which means that spiritually he had reached the age of seventy even though he was physically a young man.

But if this level of perfection can be reached in seventy years and even less, why did the Avos live for longer?

The answer is that even after a person has reached perfection in his divine service, that does not necessarily mean that one’s life needs to come to an end. One may be given the opportunity to rise to an even higher level of perfection, by involving oneself in a completely new endeavor, one that is higher than his previous form of divine service.

All human life is divided into stages and each stage has its own task. When one stage is complete, because one completed one’s mission in that stage, then a new stage begins with a new task. As the Mishnah puts it: “At five, one studies Chumash; at ten, Mishnah”,[2] and so on. The same applies to the end of the age of preparation for mitzvos, at 12 for a girl and at 13 for a boy.

Likewise, at the end of a period of seventy years, corresponding to the seven character traits, comes a new level of divine service in order to reach an even higher level of perfection.

We find this also regarding Torah study, and Hashem “looked into Torah and created the world”.[3] Torah study comes in stages: Chumash, and then Mishnah, and then Gemara. Each stays follows and builds on the accomplishment of the previous stage or stages. So after one has study Chumash well, then one progresses to studying Mishnah, and so on.

But on the other hand, the study of Mishnah adds to the understanding one reached at the previous stage, when one had only studied Chumash, and so is it with all the further dimensions of Torah that one learns.

So those who have been blessed by Hashem with a life longer than seventy years have merited to be able to open a new page and start a new form of divine service.

As mentioned, we find this in the case of the Avos, who lived for longer than seventy years. Once they reached the age of seventy, they began a new kind of divine service.

“The deeds of the forefathers are a sign for the sons”[4]: Every single Jew is granted the ability, through the Avos, to complete the divine service of seventy years and then to start a new, higher form of divine service.

Conversely, one can attain this perfection before the age of seventy and then start a whole new level of divine service, and then another, and so on.

We see this in the age of the Rambam, who lived for seventy years. Although he lived for exactly seventy years, he managed to accomplish many different tasks during this time, which would have taken a lot more time for someone else.

The lesson is that everyone should constantly grow and increase in their divine service, and with renewed vigor, in all the three areas of Torah study, prayer, and charity.

Posted by Yehoishophot Oliver at 5:11 AM

Email ThisBlogThis!Share to TwitterShare to FacebookShare to Pinterest
labels: emotions, the Rebbe's teachings