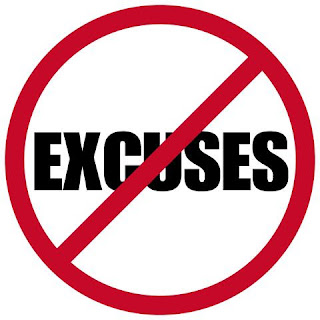 Our sages warn us: “Don’t judge your fellow until you have reached his place.”[1] The Bartenura explains: “If you see that your fellow has been tested and succumbed, do not judge him as guilty until you are tested like him, and you are saved.”

The Torah requires that when we see fault and even sin in our fellow Jew, we give him the benefit of the doubt that his behavior stems from “his place,” which consists of two influences: 1. his external, physical location, which constantly bombards him with temptation; 2. his inner, spiritual “location,” which is his very powerful evil inclination, which constantly bombards him with inner struggles.[2] We discussed this in an earlier post here.

It should be noted that this perspective is only appropriate when viewing another. When viewing oneself, on the contrary, one should not seek to excuse one’s own behavior (with the exception of one who was raised in an atmosphere of secularism, and was therefore genuinely a tinok shenishba, one so completely ignorant of Torah that he or she is not held to blame for his actions).

Rather, one should take full responsibility—both for his actions and for his inactions, and in both his relationship with Hashem, and with his fellow. Some actions Hashem expected him to do, yet he inexcusably neglected to do them; conversely, when faced with temptation, he inexcusably chose to sin. Had he been truly permeated with awareness of Hashem’s constant presence, he would not have sinned regardless how great the temptation.

However, the one who seeks refuge in excuses 1. does himself a disservice; 2. deceives himself.

1. He does himself a disservice. Every excuse distances the Jew from Teshuvah, for why should one sincerely regret actions that were simply not his fault? And if his unfortunate circumstances indeed forced him to do wrong, how could he possibly do Teshuvah, and truly change and fix himself? He is a hapless victim of circumstance. Moreover, whenever he is faced with temptation down the line, he will succumb and excuse his inappropriate behavior with more claims that come down to the belief that he is fundamentally incapable of being in control of his life and himself. One with such a mentality cannot ever truly grow and mature in his character traits; on the contrary, he is at constant, high risk of falling into ever more unsavory behaviors.

2. He deceives himself. The Torah is eternal,[3] and so it is not only applicable when all is well, such as during the era when the Beis HaMikdash stood, but in every single time and place, forever, even during the darkest periods of exile. The one who claims to be a victim of circumstance denies this, for he loses sight of the awareness that as difficult as his circumstances may be, they are not some kind of cosmic accident, G-d forbid; rather, Hashem Himself created them, and brought them to the Jew for a reason. Moreover, Hashem declares (what is regardless simple logic): “I only ask of them [the Jewish people] according to their ability,”[4] and therefore He surely endows every single Jew—man, woman, and child—with the ability to overcome whatever tests and temptations he or she may face.

This is vital to recognize now, in the month of Elul. In this month every Jew is charged with making a cheshbon nefesh, a spiritual stocktaking, in preparation for the month of Tishrei. The key to success in this endeavor is simply being ruthlessly honest with oneself, and taking full responsibility for one’s own actions.


Based on the Previous Rebbe's Ani Ledodi, in Sefer HaMaamarim 5700.

___________________________________
Like what you read? The articles I write take a lot of time and effort. Please contact me to sponsor an article for (at least) $36 in honor of the birthday, wedding anniversary, or yarhtzeit of a loved one, or for a refuah shleimah or the like. Also, see here concerning the tremendous merit of supporting the dissemination of Chassidus, and the blessings that one receives for doing so.
Posted by Yehoishophot Oliver at 12:53 AM