Supernal Unification Versus Refining the Sparks 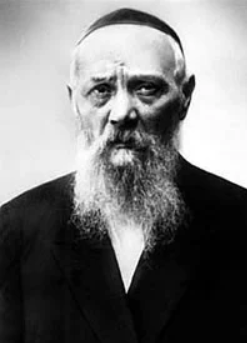 Supernal Unification
Versus Refining the Sparks

Adapted from the teachings of Rabbi Levi Yitzchak Schneersohn זצ"ל
in honor of his yahrtzeit on 20 Av
“Yitzchak loved Esav because he would eat from his prey,[1] while Rivka loved Yaakov”.[2]

Although Yitzchak surely loved Esav as his son, how could Yitzchak have felt so favorably toward Esav that the Torah tells us that he specifically loved Esav, while it doesn’t declare that he loved Yaakov? Clearly Esav possessed some worthy quality that Yitzchak valued, and even more so than he valued the qualities of Yaakov!

Yitzchak’s divine service specifically resembled that of Esav, so he felt a special affinity with Esav.

Yitzchak was involved with “sowing” in “the field”, as it is written, “Yitzchak sowed in that year,”[3] and “Yitzchak went out to pray in the field”.[4]

The field, where plants grow and from which food is harvested, represents the spiritual task of birur hanitzutzos, refining the sparks of holiness trapped in physical objects. We accomplish this by being actively involved in the physical world and using it to serve Hashem. This was the focus of Yitzchak’s avodah—divine service.

Esav, too, was “a man of the field”,[5] whose main task was to be involved in the material world. (Unfortunately, he did not merit to do so by refining the sparks of holiness, as did Yitzchak.)

Yaakov’s path was different. He had no connection to working in the field,[6] to active involvement in the physical world for the sake of refining sparks of holiness. He was a “man of simplicity who would sit in tents”.[7]

Rashi interprets that the plural “tents” refers to the two academies of the righteous Shem and Ever, where Yaakov would study Torah.[8]

Another interpretation is that a tent alludes to one’s wife and the mitzvah of marital relations, as in when Moshe instructed the Jewish men to “return to your tents”,[9] which our Sages explain[10] as granting permission to return to marital relations after a period in which it had been prohibited. Thus, Yaakov would “sit in the tents” of his wives, Leah and Rachel.

On the kabalistic level, a wife corresponds to the sefirah of malchus of Atzilus, the feminine aspect of the divine. Thus, “sitting in the tents” means that Yaakov’s divine service was focused on malchus.

The “tent” and the “field” correspond to different aspects of malchus.

The “field” refers to the way malchus descends into Beriyah, Yetzirah, and Asiyah (b’ya for short) in order to refine the sparks of holiness found in the kelipos, negative spiritual energies, found there.

This is the meaning of “she gave teref—prey to her house”,[11] a reference to malchus. Teref (טרף) has the numerical value of 249, which corresponds to the 248 general sparks of holiness plus one (im hakolel).[12] Malchus descends to refine the sparks, which are then elevated to their supernal source.

In contrast, “tents” refers to marital relations, as above. Thus, “sitting in tents” represents ze’ir anpin, the masculine aspect of the divine, as it influences and unites with malchus, the feminine aspect of the divine. On this level, malchus remains in its original state in the utterly pure realm of Atzilus and is completely detached from the lower worlds of b’ya, where G–dliness is hidden in successively greater concealments.

This distinction parallels the difference between the earth (aretz) and Yerushalayim, which are also both said to refer to malchus.

The earth is the same concept as a field—it brings forth food.[13] Food represents refining the sparks because produce grown in a field contains an edible part—ochel and waste matter—pesoles. Eating involves birur—refinement, separating the useful part from what is to be discarded.

Thus, the earth/field is an analogy for the way malchus descends into b’ya in order to separate and refine the nitzotz, the spark of holiness, from the energy of kelipah in which it is encased there.

In contrast, Yerushalayim is called “the good [city]”,[14] which corresponds to the way malchus exists in Atzilus in a state of sublime purity.[15] The destruction of the physical city of Yerushalayim is merely a reflection and consequence of the “destruction” of the spiritual Yerushalayim, which is the estrangement between ze’ir anpin and malchus.

Rebuilding Yerushalayim means bringing ze’ir anpin to reunite with malchus, which we accomplish through Torah study.[16] Torah possesses this power because Torah, too, is pure goodness and holiness and is thus able to rebuild the spiritual Yerushalayim, which is similarly pure. This leads naturally to the rebuilding of the physical Yerushalayim as well.[17]

This is the deeper meaning of Yaakov, who corresponds to ze’ir anpin,[18] “sitting in the tents”—i.e., engaging in marital relations—with Leah and Rachel, who correspond to malchus. On a deeper level, this alludes to Yaakov’s Torah study, which effected the supernal unification of ze’ir anpin and malchus.

This fits nicely with the literal meaning of Yaakov “sitting in the tents”—Torah study.