Refining the sparks through the suffering of exile 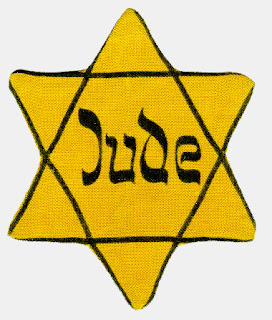 Refining the Sparks through
the Suffering of Exile

We have spoken about how when the Jewish people use objects in the world to serve Hashem, they refine the sparks of holiness in those objects.

When the Jewish people have completed their task of refining the sparks within a specific nation, they are released from it, and that nation is left lowly and disgraced, for it has been deprived of its extra life-force—the sparks of holiness that lay within it.[1]

When Adam HaRishon sinned, he caused the sparks of holiness to fall into the forces of Kelipah (see here),[2] and the Jewish people refine these sparks through their suffering in exile. This is the meaning of “All who cause the Jewish people to suffer become the ‘head’ [i.e., the leading nation].”[3] When the gentile nations oppress the Jewish people, we take their “head.” The head, which is above the rest of the body, represents a high level—the lofty sparks of holiness that lie within the nations, that are the true source of their prosperity.

This is the deeper meaning of the verse, “One man dominates over another man, to his detriment,”[4] for the detriment of “the evil man,” i.e., the spiritual forces of Kelipah, which give sustenance to the nations who oppress us. When they dominate over us and oppress us, it is in fact to their detriment, for in this way the sparks of holiness are refined from their midst, and then they lose the blessings that those sparks brought them.

To explain further, each nation draws its sustenance from a particular force of Kelipah. Thus, there are seventy nations, corresponding to the “seventy ministers of Nogah”—the seventy spiritual forces of Kelipas Nogah (the level of Kelipah that sustains the physical world in general, but not things that are forbidden for a Jew),[5] from which each of the seventy gentile nations draws its sustenance, respectively.[6]

As long as the Jewish people are being hosted by a particular country in order to refine the sparks of holiness trapped there, the “minister,” the angel from which that country derives its sustenance, benefits greatly, causing that angel’s nation to be blessed with material prosperity.

However, once the Jewish people have finished refining all the sparks there, then, of course, no sparks are left, and so the individual Kelipah from which that nation had drawn its sustenance becomes greatly weakened, causing the nation to which it gives sustenance to lose, or at least experience a significant decline, in its prosperity and prominent position on the world stage.

Like what you read? The articles I write take a lot of time and effort. Please contact me to sponsor an article for $36 in honor of the birthday, wedding anniversary, or yarhtzeit of a loved one, or for a refuah shleimah or the like. Also, see here concerning the tremendous merit of supporting the dissemination of Chassidus, and the blessings that one receives for doing so.
Posted by Yehoishophot Oliver at 11:27 PM

Email ThisBlogThis!Share to TwitterShare to FacebookShare to Pinterest
labels: Kedushah vs. Kelipah, relating to non-Jews, sparks of holiness, suffering of exile, the Arizal's teachings