Considering our impact upon others 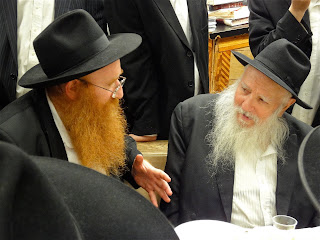 Considering our impact upon others
Rabbi Yehoishophot Oliver


“Why should I care about the impact my actions might have upon others?” some ask. “It’s not my problem. Let them mind their own business!” The Rebbe responds:


Those who don’t behave modestly do not only defy the path of Torah. Their behavior contravenes basic decency, basic morality, and simple common sense.


When one behaves immodestly by exposing a part of the body that ought to be covered, one’s intent is to provoke the evil inclination—the wicked side of the other person.


This does not bring the other person to work better. Nor will it stimulate his mind, and make him smarter. Nor will it improve his character traits by positively affecting the respect he accords to his parents, brothers, or sisters, or even for his own wife. Nor will it influence him to donate more charity.


What is the impact of dressing in violation of the requirements of modesty? If until now, the other person’s wicked side was hidden, or not excited and aroused—one provokes that person and inflames that side.


And then one shares in the [responsibility] for the wickedness of the other person. One doesn’t benefit in any way, because it’s the other person’s wickedness—the other person fulfills his desire, whether through gazing, or in another form. Yet it is worthwhile to do everything, as long as one provokes another person—and not his good side, but his wicked side.


One does damage, may G–d save us, and not only to one’s own Divine Soul, but also to another person, and still another—in fact, to everyone one meets. What an utterly degenerate path—may Hashem protect us.


Sichos of 12 Tammuz, Balak, and 14 Tammuz 5730
(kudos to Rabbi Moshe Wiener, shlita, for sending me the Hebrew original)

Obviously, the principle in the above address applies not only to the realm of modesty.


Everyone has both a good inclination and an evil inclination, two forces that are in constant conflict over the course of our entire lives.[1] Thus, every interaction we have with others can involve either inclination.


And so the one who brings others to Teshuvah and spiritual growth will be rewarded, while the one who exerts the opposite influence on others will receive the opposite consequence, may Hashem save us.[2]


Moreover, although we all have the ability to choose “life and goodness” instead of choosing “death and evil,”[3] the struggle might be extremely difficult.[4] The foundation of Torah is “what is hateful to you, do not do to your fellow,”[5] Thus, putting another person through such a struggle is not only a sin against Hashem (of course, evil in and of itself), but also a sin against one’s fellow, a fundamental violation of the commandment to love one’s fellow Jew.


Whether we like it or not, our behavior has a powerful impact upon those around us. It will evoke, or at least apply a certain amount of pressure to evoke, one of their inclinations. Which will it be?

~~~~~~~~~~~~~~
Like what you read? The articles I write take a lot of time and effort. Please contact me to sponsor an article for (at least) $36 in honor of the birthday, wedding anniversary, or yarhtzeit of a loved one, or for a refuah shleimah or the like. Also, see here concerning the tremendous merit of supporting the dissemination of Chassidus, and the blessings that one receives for doing so.
Posted by Yehoishophot Oliver at 11:55 AM

Email ThisBlogThis!Share to TwitterShare to FacebookShare to Pinterest
labels: influencing our environment, love for a fellow Jew, modesty, the Rebbe's teachings, the struggle within