The paradoxical mission of evil 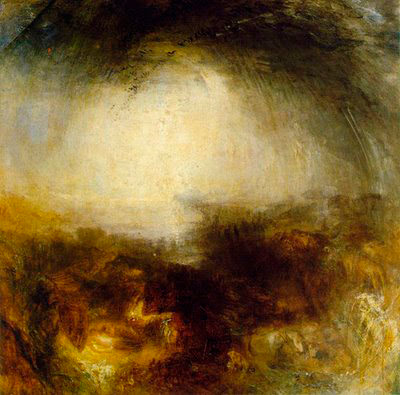 The Paradoxical Mission of Evil

Hashem loves us dearly, and therefore He wants our bond with Him to be real. As long as we remain in a pure, sheltered environment, although our bond with Him may be very strongly felt, it is lacking, because it may be superficial—if put to the test, it could well fall apart.

So although He is pained, so to speak, to do so, for our own benefit, Hashem tests us. He wants to grant us the opportunity to reveal how deep our connection with Him is. How does he test us? With evil, and the evil inclination.

The Zohar[1] compares this to a king who raised his son to follow high standards of ethical behavior, and then hired a prostitute to do everything in her power to seduce the son. Only when the prince rebuffs her completely and stubbornly refuses to sin does the king know for certain that all his efforts to raise the prince to a life of virtue were effective.

Although the king urges the prostitute to do her utmost to ensnare the prince, he only does so in order that the test be formidable and not easily passed. However, the king’s entire reason for sending her is his wish that the prince will ignore all her wiles and live up to his refined upbringing.

Thus, paradoxically, if the prince remains loyal, the prostitute will be rewarded, while if she succeeds, the king will be upset at the prostitute, and will punish her. (Along these lines, the Torah says that if one sinned with an animal, the animal must be put to death, “since disgrace came through it.”[2])

Likewise, Hashem dispatches the evil inclination to test our loyalty to Him. Each person is sent his or her own “prostitute” equipped with the powers to test him in a way that will be truly difficult for him or her personally to overcome, according to his or her personality and weaknesses. What is a difficult test for one person is easily overcome for another, and vice versa.


It should be noted that as tremendous as the benefits are of being tested, it would be foolhardy and arrogant for one to ask for a test, or initiate one, for the very simple reason that one might fail. Thus, the Gemara warns that “One should never bring oneself to be tested, because David, King of Yisrael, brought himself to be tested, and failed.”[4] Likewise, in the morning Berachos we ask of Hashem, “Do not bring us to a test”[5]; thus, we should surely not initiate such a situation ourselves.[6]

To carry the above analogy further: If the king chooses to arrange that the prince be tested, that is his choice; however, if the prince knowingly enters such a situation, the king will be most displeased, and the prince would be much more likely to fail.

In summary, Hashem seeks to reveal our loyalty to Him by testing us, and this awareness infuses us with the strength to overcome temptation; nevertheless, we should not test ourselves.

Like what you read? The articles I write take a lot of time and effort. Please contact me to sponsor an article for (at least) $36 in honor of the birthday, wedding anniversary, or yarhtzeit of a loved one, or for a refuah shleimah or the like. Also, see here concerning the tremendous merit of supporting the dissemination of Chassidus, and the blessings that one receives for doing so.
Posted by Yehoishophot Oliver at 10:20 PM